A woman was charged with murder last weekend for fatally shooting a fellow Alabama fan after the team suffered a last minute defeat from archrival Auburn.

According to ESPN, Adrian Laroze Briskey, 28, fatally shot Michelle Shepherd, 36, because she wasn’t upset enough over the team’s loss.

“She said we weren’t real Alabama fans because it didn’t bother us that they lost,” said Nekesa Shephard, the victim’s sister. “And then she started shooting.” 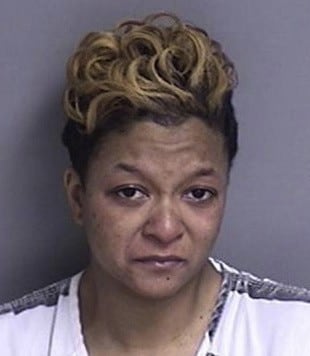 Laroze Briskey was arrested and charged with murder after fatally shooting a fellow Alabama fan. She was released Tuesday after posting $75,000 bail.

Coker said the shooting took place during a party at a Birmingham apartment complex and that neither woman knew each other prior. Coker also said alcohol may have been a factor in the incident.

Briskey was arrested and charged with murder, but was released Tuesday on a $75,000 bond.

“It was over a football game,” Nekesa Shephard said. “I’m never going to forget it because she died in my arms.”