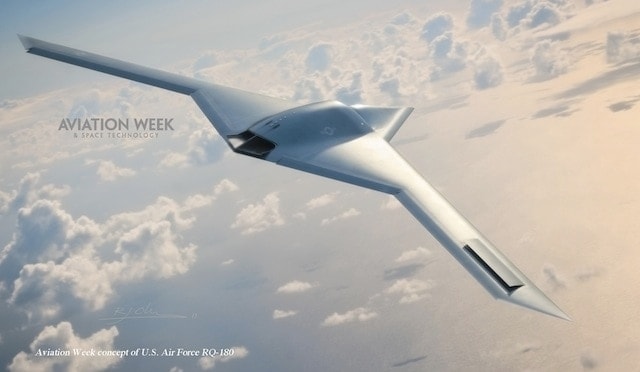 This computer rendered model of the RQ-180 was constructed by Aviation Week based on its attributes, including its “cranked kite” design.

The RQ-180 black-world super-spy plane has been highly classified since its conception, until now.

According to Aviation Week, Senior Pentagon Editor Amy Butler and Senior International Defense Editor Bill Sweetman revealed the existence of the drone in the December issue of the publication. Developed by Northrop Grumman, the secret RQ-180 has a wingspan of 130 feet and utilizes a “cranked win” design.

When it’s not cruising the skies without any trace of a radar signature, the spy plane lives in a newly built hangar at Area 51. Specifics about its capabilities the have been kept under wraps, but it’s believed to have been developed as far back as 2006.

But the RQ-180 isn’t the only piece of futuristic tech that’s been in the works. The SR-71 Blackbird’s successor, the SR-72 is set to be operational as early as 2030. The scramjet engine will be able to propel the hypersonic aircraft at speeds of up to Mach 6, twice as fast as the record-setting SR-71. 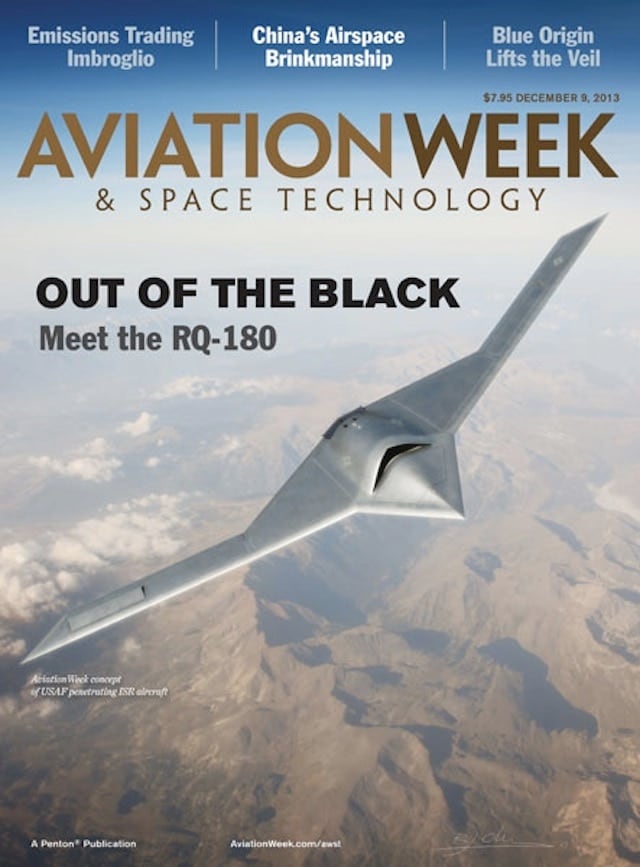 With a wingspan of 130ft, the RQ-180 dwarfs the approximated 65 feet to 90 feet wingspan of the RQ-170, the plane that was used in the Osama bin Laden operation. 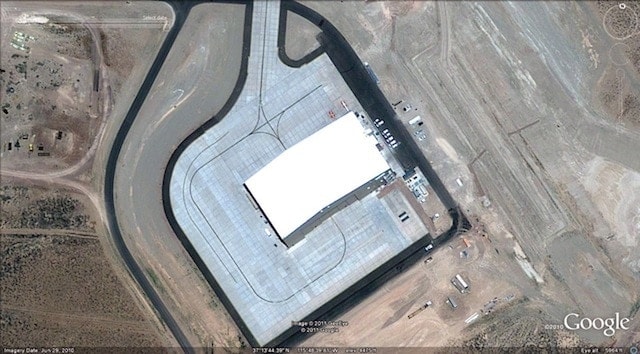