EDITORIAL: My beef with ALEC (VIDEO) 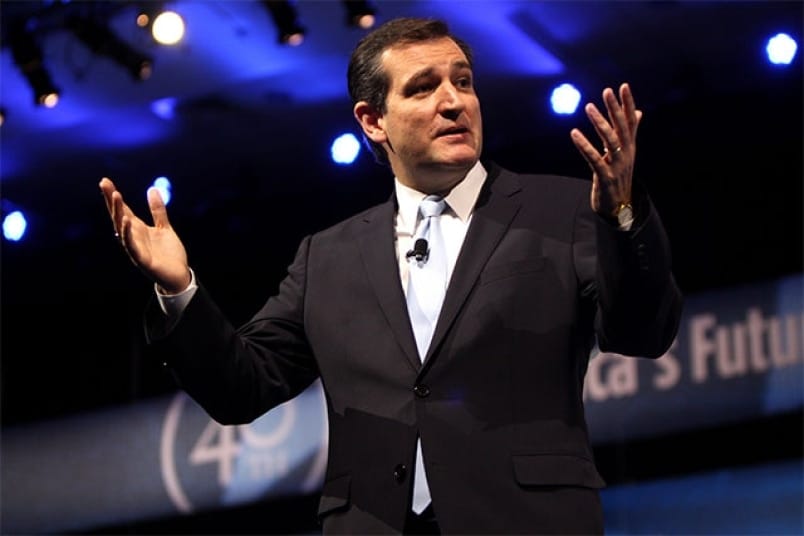 Listen, I dig ALEC, the right-leaning American Legislative Exchange Council. I can get behind a group that pushes federalism and conservative public policy solutions. That’s cool.

But what I have a problem with is the way in which ALEC spinelessly distanced itself from the ‘Stand Your Ground’ law it helped to popularize following the shooting death of 17-year-old Trayvon Martin of Sanford, Florida.

No law is perfect. And yes, there are a few tweaks lawmakers can make to SYG laws to ensure that they’re not being abused by feckless defense attorneys, but overall the essence of the law, which allows one to use force, including deadly force, if one reasonably fears for one’s life in any place one has a lawful right to be is perfectly fine.

Self-defense is a natural right. It’s fundamental. SYG laws protect one’s right of self-defense. Consequently, ALEC shouldn’t run from SYG, it should embrace and stand behind it.

But that’s not what its doing.

This past week, Sen. Ted Cruz attended an ALEC policy summit where he basically said that the conservative “bill mill” should not run from its past.

“I first came to ALEC over a decade ago. When I was serving in the Bush administration, I’d been privileged to work with ALEC in the federal government,” Cruz said.

“I’ve been privileged to work with ALEC when I was back in Texas with the Texas Public Policy Foundation, leading the 10th Amendment Center, and I’m proud to stand with ALEC today,” he continued.

After recounting his history with ALEC, Cruz then referenced a senate hearing held by Illinois Sen. Dick Durbin back in October, which examined ALEC’s nationwide sponsorship of SYG laws.

“I was just at the Capitol and I was asked to pass along an inquiry from Sen. Durbin: ‘Are you now or have you ever been a member of ALEC?'” Cruz said mockingly.

“I’ll tell you this,” he said. “My advice to ALEC is very, very simple: Stand your ground.”

ALEC, though, has not been standing its ground with respect to SYG. And it’s pretty clear why. Some of its major corporate sponsors terminated their affiliation following the Trayvon Martin shooting, including: Amazon, Coca-Cola, General Electric, Kraft, McDonald’s and Wal-Mart.

Additionally, as the Guardian pointed out last Tuesday following an investigation of the group’s internal documents,”the network has lost almost 400 state legislators from its membership over the past two years, as well as more than 60 corporations that form the core of its funding. In the first six months of this year it suffered a hole in its budget of more than a third of its projected income.”

The fact that ALEC is ashamed of SYG was made all the more apparent by BIll Meierlings response to Cruz’s comment.

“I believe that he used that as a rhetorical device because it is a phrase that everyone in this room recognizes because of the challenges of the past two years,” Meierling, who is an ALEC spokesman, told CNN.

“Every single person also knows that we no longer have any model policy on that issue, or any firearms issues for that matter,” he added.

While it would appear that ALEC is in trouble, it should not abandon its principles. If corporate sponsors and legislators want to jump ship because they don’t recognize a citizen’s right to self-defense or common-sense laws that protect that right, then let them.  Standing up for what one believes in in the face of adversity and criticism reveals character.  And that’s what Cruz’s advice was all about.  Though, it’s apparent that ALEC isn’t listening.