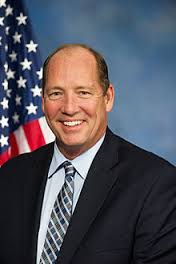 Rep. Ted Yoho (R-FL) is hosting a gun safety and responsible gun ownership forum this Saturday, Dec. 14, exactly one year after the deadly shooting at Sandy Hook Elementary in Newtown Connecticut — a move that is certainly raising some eyebrows.

Though, Yoho, a staunch gun-rights advocate maintains that the date of the event was merely a coincidence and certainly not meant to disrespect the 20 first-graders and six staff members who were killed in the shooting.

“The date was not chosen to coincide with the terrible tragedy at Sandy Hook, and my thoughts and prayers go to the victims and families,” wrote Yoho on his Facebook page.

“Gun safety education and responsible gun ownership are important topics that should be taught throughout the year, and this event is an opportunity to help my constituents learn about these incredibly important practices,” he continued.

Specifically, Yoho wants to discuss ways to ensure one’s firearms are safely secured and out of reach of young children, proper firearms practices and other safety standards that gun owners should be mindful of.

He’s also encouraging attendees to bring their children and other family members to the event.

While some take the congressman at his word and believe that there is no political agenda at hand, that it is instead a positive event that is meant to save lives, others are not so certain.

“It’s hard to imagine that any American would be unaware that Dec. 14, 2013 is the one-year anniversary of the Newtown tragedy,” Ladd Everitt, Director of Communications of the Coalition to Stop Gun Violence, told Guns.com.

“One would also think that Congressman Yoho would understand that many Americans — and particularly those who lost loved ones in Newtown — will find it offensive and hurtful to see guns celebrated on that day,” he continued.

“Finally, as an elected leader, Congressman Yoho should be cognizant that all of the peer-reviewed research in this area shows that firearms in the home pose significant health risks to children,” Everitt concluded.

Some commentators on Yoho’s Facebook weren’t as diplomatic as Everitt in their criticism, resorting to expletive-laced name calling.

Back in October, Alan Gottlieb, President of the Second Amendment Foundation and chairman of the Citizens Committee for the Right to Keep and Bear Arms, encountered similar criticism for planning a nationwide ‘Guns Save Lives Day’ on the Newtown anniversary.

The goal of ‘Guns Save Lives Day’ was to counter “the anticipated push by the gun prohibition lobby to exploit the anniversary of the Newtown tragedy to push their political agenda.”

However, perhaps because of the backlash he received, Gottlieb has since changed the date of ‘Guns Saves Lives Day,’ opting to hold it on Dec. 15 which coincides with ‘Bill of Rights Day.’

Although Yoho’s event differs from ‘Guns Save Lives Day’ in that it is (a) not deliberately planned to coincide with Newtown, presumably and (b) apolitical, it is likely to cause quite a stir. It’ll be interesting to see how Yoho reacts to the blowback he’s receiving. Will he cancel the event or will he stick to his guns and go through with it?

I’m betting on the latter. Your thoughts?