As the one-year anniversary of the Sandy Hook Elementary School mass shooting approaches, Newtown officials asked for privacy on Monday, and families of the 26 victims asked for kindness.

The announcement came during a news conference in Newtown where more than half of the 26 victims’ families gathered together. They asked for their loved ones to be remembered for the “lives they lived and how they touched our hearts.” They also announced their website, mysandyhookfamily.org, which is a place where each family can express their unique experiences following the Newtown tragedy, the Associated Press reports. 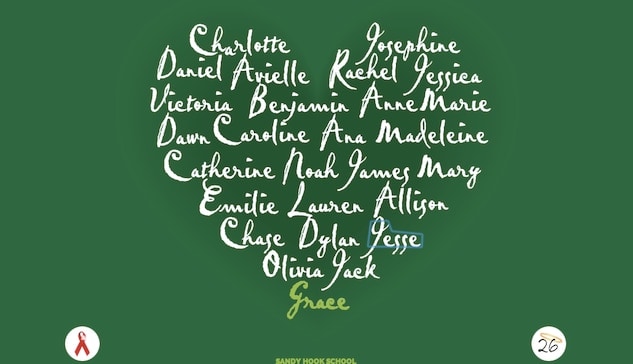 The website mysandyhookfamily.org is a place where victims’ families can go to share their unique experiences following the Newtown tragedy.

While the families may have asked for kindness, Newtown officials requested the media respectfully take a day off.

“We are trying to respect the world’s interest in us,” said First Selectman Pat Llodra. “But we also have a real need in our community to gain a foothold.”

On Dec. 14, several memorial services will be held in Newtown, but according to Rev. Robert Weiss many families may choose to distance themselves.

“I know that many people in the town are choosing just to be away,” said Weiss. “Not just the most impacted families, but several other families are just going to leave the area for the weekend. They don’t want their children subjected to reliving that day.”