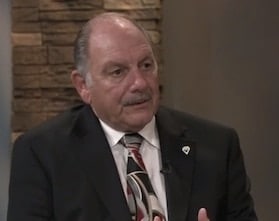 Measure C was heavily supported by Sunnyvale Mayor Tony Spitaleri, who is a member of Mayors Against Illegal Guns, Michael Bloomberg’s pro-gun control organization, which donated money to the ‘Yes on C’ campaign.

In what is sure to be the first of several lawsuits, the National Shooting Sports Foundation is suing Sunnyvale, California, over Measure C, a sweeping new gun-control ordinance that restricts the rights of law-abiding gun owners and retailers in the city’s limits.

It’s this last mandate that concerns the NSSF, the trade association for the firearms and ammunition industry, which argues that Measure C violates state and federal preemption laws that prevent cities and municipalities from regulating firearms.

The lawsuit seeks to block the new law from being enforced.

“It is unjust to ask retailers within the Sunnyvale city limits to collect sensitive personal information from customers who easily can drive a few miles to a store in another city where such information is not required,” Keane continued. “Surely, no demonstrable public safety benefit is achieved and only law-abiding businesses are penalized.”

As mentioned, the NSSF lawsuit is expected to be the first of several. The National Rifle Association has vowed to also sue Sunnyvale over Measure C, claiming that it infringes on the Second Amendment rights of law-abiding gun owners.

“Measure C will confiscate the property of Sunnyvale residents and mandate an inappropriate universal firearm storage requirement that ignores individual circumstances, putting gun owners’ lives at risk,” said Chuck Michel, the group’s West Coast attorney, who is leading the legal team that is planning the lawsuit.

If the NRA wins in court, as it did when it fought San Francisco over its ban on the sale manufacture, transfer or distribution of firearms or ammunition within city limits, the legal expenses the gun lobby incurs will be shouldered by the taxpayers of Sunnyvale. San Francisco had to shell out $380,000 back in 2005; Sunnyvale could be looking at a similar pay out, especially if it loses against both the NRA and the NSSF.

The NRA will likely file its lawsuit in the coming weeks.