TSA confiscates sock monkey’s tiny gun, but still allows him to board plane 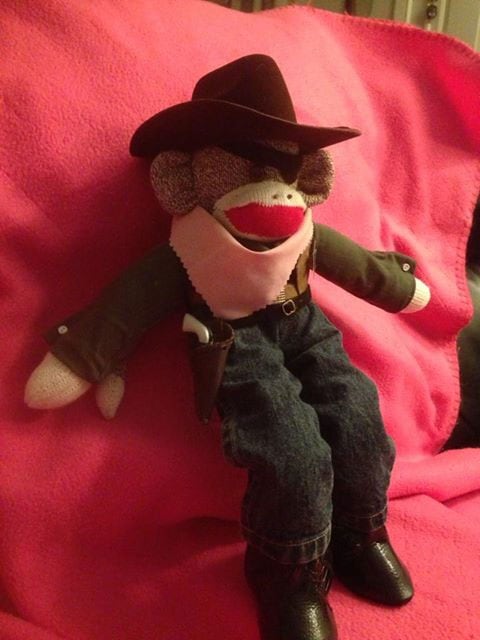 “Rooster Monkburn” was accusing of trying to smuggle a tiny toy gun onto an airplane. (Photo credit: King 5)

A dedicated TSA agent successfully disarmed a sock monkey attempting to sneak a tiny toy gun onto a plane at a St. Louis airport last week.

According to a report by King 5, “Rooster Monkburn” was traveling with Phyllis May of Redmond, Washington, on Dec. 3 when the observant TSA agent saw the monkey’s tiny gun, properly secured in a tiny holster, and tucked away in May’s sewing kit in her carry-on bag.

It is unknown if Monkburn possessed a valid concealed carry permit for his revolver, but it was confirmed that he was impersonating the John Wayne character “Rooster Cogburn” from the film “True Grit.”

Then while May and her husband were going through the security screening process she noticed that one of her bags was missing. About the same time, “The (TSA agent) held it up and said ‘whose is this?’” May, who has a small business selling distinctive handmade sock monkeys, told reporters. “I realized oh, my God this is my bag.” 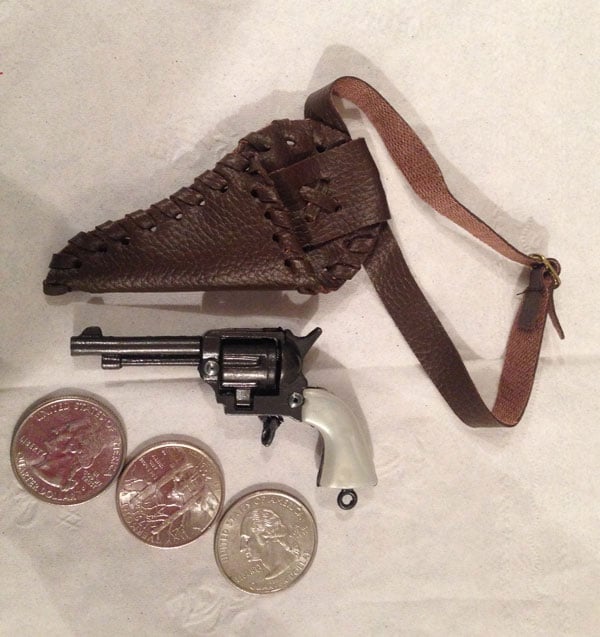 But the TSA agent wasn’t toying around.

“If I held it up to your neck, you wouldn’t know if it was real or not,” the agent explained.

May responded with an astounding, “Really?”

The agent then went on to explain to May that she was going to have to seize Monkburn’s revolver and that policy dictated she call the police to report the incident.

“I said well go ahead,” May replied, still in disbelief. “And I said really? You’re kidding me right, and she said, ‘no it looks like a gun.’” 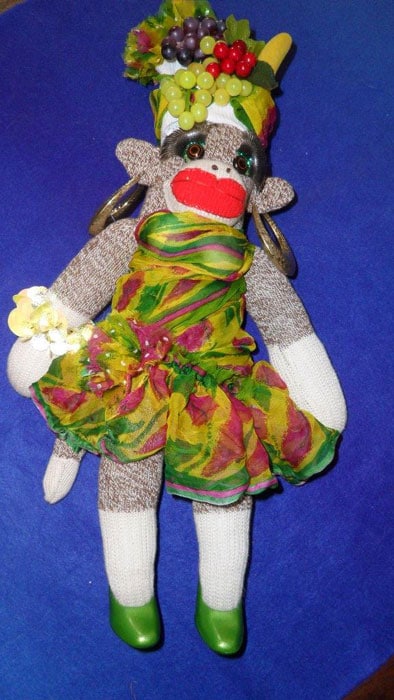 The TSA agent decided not to confiscate this little lady’s banana which also closely resembled a gun. (Photo credit: King 5)

The agent then took the monkey’s gun, but returned May’s sewing kit. The agent also decided not to call the police after all.

“Rooster Monkburn has been disarmed so I’m sure everyone on the plane was safe,” she said. Thankfully, no one was injured during the incident.

The following Monday, the TSA issued a statement backing the brave efforts of the quick-thinking agent. “TSA officers are dedicated to keeping the nation’s transportation security systems safe and secure for the traveling public. Under longstanding aircraft security policy, and out of an abundance of caution, realistic replicas of firearms are prohibited in carry-on bags,” the statement read.

“I understand she was doing her job,” May added. “But at some point doesn’t common sense prevail?”