“God, Guns & Guts,” written by Ben Philippi, and featuring Mark Muller and his brother Erich Mancow Muller, is a book that celebrates the Second Amendment and the right to bear arms. In the video posted to YouTube, Madsen explains just how good the book really is. 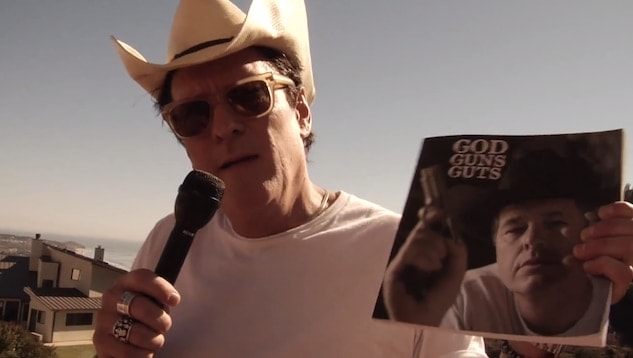 Madsen spoke about the book “God, Guns, & Guts,” a book that celebrates the Second Amendment.

“There are certain freedoms in the country that need to be embraced and understood,” Madsen says. “And there’s a lot of folks and a lot of pictures in this book that are reminiscent of that.”

“We’ve all heard of Hollywood stars shooting guns and starring in actions films who quickly turn around and say they don’t like the 2nd Amendment,” says Madsen. “Well here’s Michael Madsen who stands behind the characters he portrays, talking about his respect and love for guns and freedom.”

The book inspired the show God, Guns & Automobiles on the History channel, and stars both of the Muller brothers.

Check out Guns.com’s exclusive interview with the author of “God, Guns, & Guts” here.