I’m pretty sure the inventors of Valkyrie took a page out of Tony Stark’s book, because it looks like this space-bound automaton shares some similarities with Ironman. 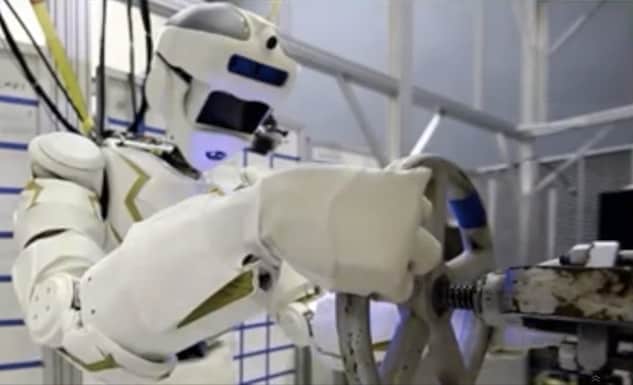 Busted pipe? Don’t sweat it. Valkyrie’s got it covered.

“We really wanted to design the appearances of this robot to be one that was just, when you saw it, you were going to be like, ‘Wow, that’s, that’s awesome,’” says Nicolaus Radford, Project and Group Lead Dexterous Robotics Lab at NASA JSC.

Well, it worked. Valkyrie definitely looks “awesome.” But with 44 degrees of freedom, Valkyrie can turn more than just heads. In the video posted to YouTube, the robot has enough mobility to confidently grasp a valve and turn it, simulating what could be a critical repair on a space station millions of miles away from home.

And if something were to go wrong with the humanoid robot itself, well, the creators thought of that too. 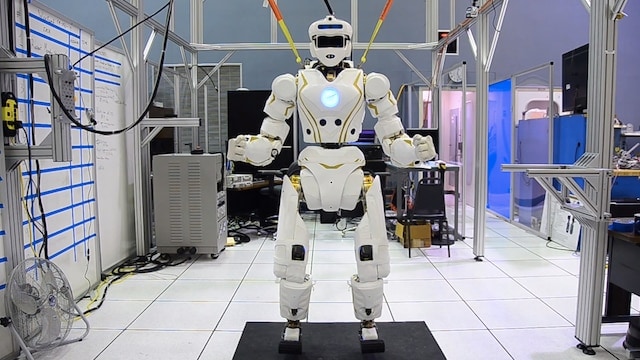 Valkyrie has 44 point of freedom compared to the 30 that most humanoid robots have.

“We wanted a very modular system,” says Radford. “… And so we wanted to be able to replace components, major components on the robot in under 15 minutes.”

Valkyrie is also equipped with myriad camera systems. Aside from the dozen or so normal cameras scattered throughout its body, Valkyrie has LIDAR to measure distances, a point cloud camera system to map objects in 3D, and sonar, just because they had extra room left.