EDITORIAL: Notre Dame philosophy professor: 'Most of us don’t have a good reason to keep guns in our homes' 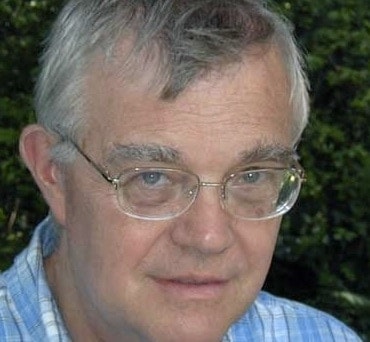 Gary Gutting is a professor of philosophy at the University of Notre Dame, and an editor of Notre Dame Philosophical Reviews (Photo Credit: NY Times)

That is the question that Gary Gutting, a professor of philosophy at the University of Notre Dame, asks in a recent New York Times opinion piece.

His conclusion to that question is, as one might expect from an academic at an elite university, pretty predictable. He writes, “Once we balance the potential harms and goods, most of us — including many current gun owners — don’t have a good reason to keep guns in their homes.”

He arrives at this conclusion after suggesting that “guns are dangerous” and that the net effect of owning one has the potential to create more harm than good, even if one has a firearm for the sole purpose of self-defense within the home.

“I may panic and shoot a family member coming home late, fumble around and allow an unarmed burglar to take my gun, have a cleaning or loading accident,” Gutting imagines.

He also dismisses the idea that firearms are needed to protect against a tyrannical government, noting that resistance against our military would be futile.

“Those who think there are current (or likely future) government actions in this country that would require armed resistance are living a paranoid fantasy,” he said. “The idea that armed American citizens could stand up to our military is beyond fantasy.”

Furthermore, he argues that hunting is now largely recreational, no longer the primary means by which a family sources food. As such, firearms don’t need to be kept at home, but can be secured elsewhere.

“Hunters and their families would be much safer if the guns and ammunition were securely stored away from their homes and available only to those with licenses during the appropriate season,” he states. “Target shooting, likewise, does not require keeping guns at home.”

Ultimately Gutting hinges one’s Second Amendment right not on the premise of personal choice of a citizen living in a free society, but on need. Do you actually need a firearm?

He writes, “It’s easier to get people to see that they don’t want something than that they don’t have a right to it. Focusing on the need rather than the right to own a gun, many may well conclude that for them a gun is more a danger than a protection. Those fewer guns will make for a safer country.”

It’s a very seductive rhetorical approach to the debate. And quite truthfully, it’s effective. When one thinks about it, and theoretically speaking, no one really needs a gun. On a day to day basis in most parts of the country, one can function just fine without a firearm.

Sure, I can carry other arms (such as knives) for self-defense, but I want the most effective tool available, which happens to be a firearm.

It should also be said that one can play the ‘need’ game with any right or privilege. I don’t really need a car, do I? After all, it releases carbon dioxide into the atmosphere, which causes global warming (allegedly), which is a threat to humanity, I can find other modes of transportation that would reduce my carbon footprint, public and private sources (metros). I can also carpool with someone else, purchase a bike or walk to where I need to go.

Likewise, people really don’t need free speech. Do we? The government can pretty much can tell us all we need to know, can’t it? People in North Korea live under a regime that imposes censorship and they’re surviving, aren’t they (a perfect example of what happens when a government determines the needs of the people vs. the people determining the needs of the government)?

Anyways, you see where I’m going with that line of reasoning. Aside from food, shelter, clothing, there’s not much a human being really ‘needs’ to live on planet earth.

I should also note that statistically speaking, guns are used more by law-abiding citizens in self-defense situations than they are used by criminals or mentally-deranged sociopaths. So, the notion that owning a firearm is a net danger or threat to the average, responsible individual is untenable.

As a Centers for Disease Control and Prevention study released back in June found, “Defensive uses of guns by crime victims is a common occurrence, although the exact number remains disputed.

“Almost all national survey estimates indicate that defensive gun uses by victims are at least as common as offensive uses by criminals, with estimates of annual uses ranging from about 500,000 to more than 3 million per year, in the context of about 300,000 violent crimes involving firearms in 2008,” it stated.

So, there you go. Do you need a gun? No. Should you have one? Yeah, I think so. But then again, it’s up to you to deicide, something I suppose both Gutting and I agree on.