A former New Jersey Transit officer was forced to retire in 2006 after negligently firing a staple-gun into his non-dominant hand. He now annually collects $45,936.24 tax-free, but a recent video of him shooting a rifle has raised the issue of the claim’s legitimacy anew.

Christopher Onesti, 34, was affixing a shooting target five years ago when he negligently fired one of the staples into the ring finger of his left hand. He took out the staple, bandaged the wound and resumed shooting. But when his finger swelled the following day, Onesti decided to file an accident report, Daily Mail reports. 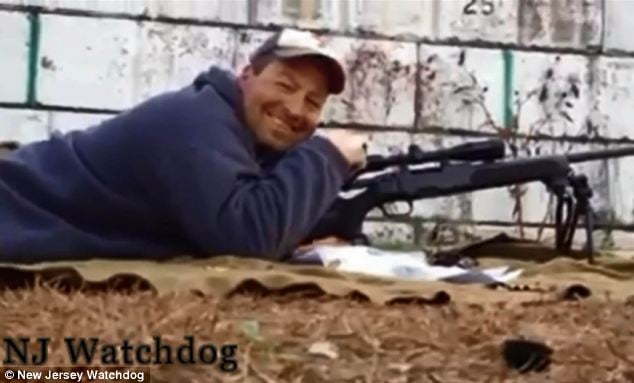 Christopher Onesti was forced to medically retire after negligently shooting a staple into his non-dominant hand.

Part of the reason Onesti was forced to retire was because doctors said his ability to properly operate a firearm with his non-dominant hand would forevermore be diminished — a claim Onesti admits is “absurd.”

“It absolutely looks absurd,” says Onesti. “But it’s because the system is absurd.”

Onesti still enjoys shooting and visits a range several times a year. He claims he originally asked to work at a desk job, but officials said he couldn’t work on the force in any capacity.

“My career was taken away from me without any choice on my part,” Onesti told the New Jersey Star Ledger.  “I was an unwilling participant in all this drama.”

Onesti is a concealed carrier and is required to re-qualify each year for his retired-officer’s carry permit. He said that when he trains for his qualifications, he only uses his right hand.