A pair of Canadian police officers kept their cool in the face of a resisting suspect and antagonizing bystanders Sunday. 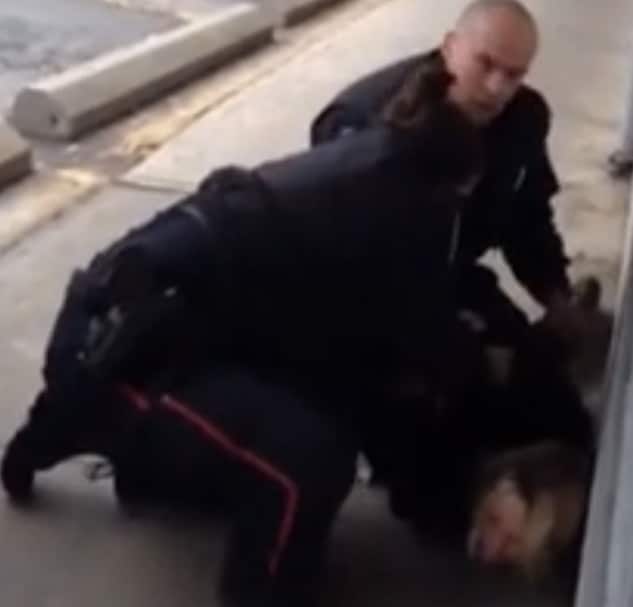 Constables Mark Morelli and Chantelle Wilson of the Hamilton police department were faced with one 21-year-old female suspect that just didn’t want to go to jail. But even though the combative woman flailed and flipped around, both Morelli and Wilson remained calm and affected the arrest by using the minimal amount of force necessary, Huffington Post reports.

The woman was being arrested for a “domestic related incident” authorities told HuffPost.

The cameraman repeatedly chastises the constables for “tackling” the “weak girl,” informing them he has “this all on video.” Meanwhile, the woman in handcuffs complains she can’t breathe before crying out, “I hope everyone sees this!”

But according to an email sent to HuffPost by Hamilton Chief of Police Glenn De Caire, the constables “maintained a calm response, using the appropriate use of force options during a stressful incident.”

De Caire said he was “very proud” and “impressed” by the calm, cool, and collected demeanor of his two officers.