A 30-second ad was released by the anti-gun violence group, Americans for Responsible Solutions, on Dec. 14, 2013 — the one-year anniversary of the Sandy Hook Elementary School shooting.

Leading the group is former Arizona Rep. Gabrielle Giffords along with her astronaut husband, Mark Kelly. The ad, “Silent Night,” shows photos depicting the aftermath of the Newtown massacre and closes with the message, “30,000 die each year from gun violence. How long do we have to wait for Congress to act?” Opposing Views reports. 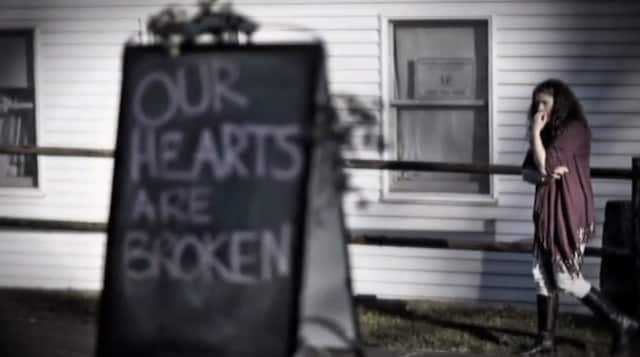 Set to a classic Christmas song, the ad displays photos that depict the aftermath of the Sandy Hook shooting.

“In the weeks after Newtown, we heard politician after politician give eloquent speeches — promising that they would keep our communities safe,” Kelly said in a statement. “They promised that they would honor the dead in Newtown.”

Hoping to rival the presence of the NRA, Americans for Responsible Solutions with Bloomberg’s Mayors Against Illegal Guns, Moms Demand Action, and Newtown Action Alliance, have spent the better part of the last year advocating for stricter gun laws.