CCTV footage of the Dec. 5 militant attack on a Yemeni hospital that killed 63 people was released Thursday. 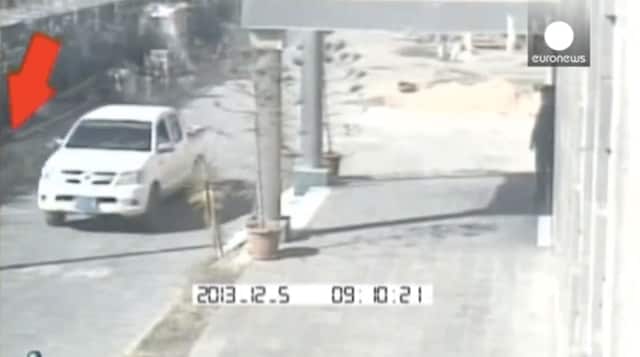 Car bombs and rocket launchers were used to gain entrance to the compound.

The attack took place at the Ministry of Defense compound in Sana’a. Militants used rocket launchers and detonated car bombs to gain entry into the compound. Once inside, another gunman lobbed a live grenade into a crowd of nearly a dozen civilians, The Wall Street Journal reports.

According the Journal, gunmen also entered active surgery wards, fatally shooting doctors and patients as they were being operated on.

Yemen is home to one of the most prominent al Qaeda offshoots in the world and some officials claim this attack is evidence of their resiliency.

Al Qaeda in the Arabian Peninsula (AQAP) normally doesn’t target civilians, but this recent massacre may prove that terror groups are rethinking their tactics. 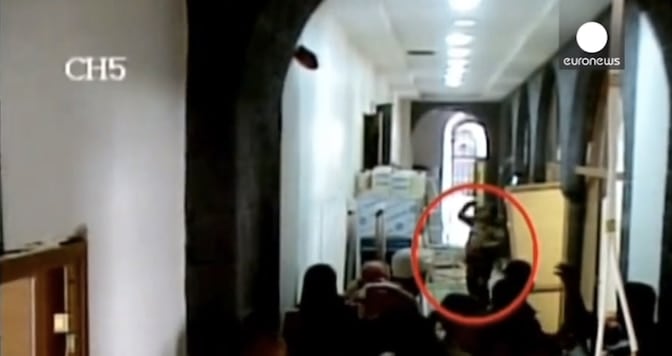 Once inside, a gunman lobbed a live grenade at a group of nearly a dozen civilians.

“I don’t think AQAP has declared open-season on civilian targets yet,” said Katherine Zimmerman, a senior analyst focusing on al Qaeda with the American Enterprise Institute’s Critical Threats project. “Despite the civilian deaths, the attack was still targeting a military site. But it will be much harder for AQAP to justify these deaths than in the past and the public reaction is much more violent.”