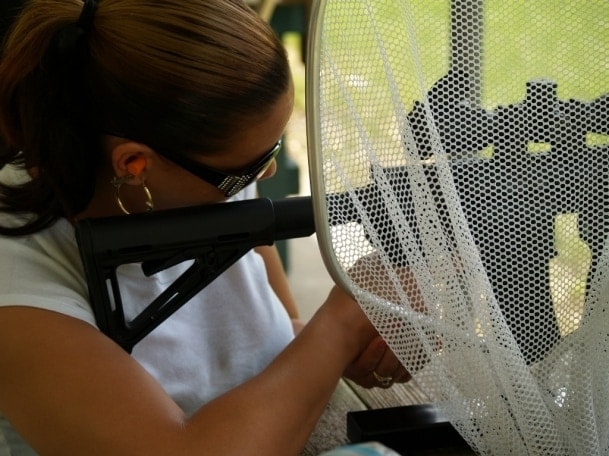 To some, giving one a firearm raises one’s level of responsibility. Conscious of the fact that one is holding a deadly weapon, even the most irresponsible person becomes more vigilant, more careful, more in tune with his/her surroundings.

One really have no choice, one’s survival now hinges on one’s ability to safely handle the firearm. Do so properly, one becomes empowered. Do so poorly, one’s at risk of unintentionally hurting or killing oneself or others.

Building off this instinctive reaction, an African-American gun club is hoping that by introducing young people to firearms and teaching them gun safety, it will set them on a path to becoming responsible citizens. The central idea is that responsible behavior at the range will beget responsible behavior back at home, in school, and out in the real world.

“See, the whole shooting discipline in and of itself is behaving responsibly, and that’s what we hope to give to our youth. [Behaving] responsibly can be a lot of fun,” Ken Brown, a member of The Maryland Tenth Cavalry Gun Club, told NPR.

The Maryland Tenth Cavalry Gun Club, based just outside of Baltimore near Marriottsville, sets out to create a structured environment with attentive instructors and engaging lessons, which include teaching students and members about “the deep history of blacks and firearms,” according to Brown.

Specifically, Brown likes to teach students and members about Salem Poor, the Massachusetts slave who bought his freedom, became a soldier, and became a war hero following the Battle of Bunker Hill, during the American Revolutionary War.

By giving them positive role models and educating them on how blacks have sought to exercise their Second Amendment rights in lawful ways, e.g. for self-defense, Brown believes that it will help to keep them away from drugs and gangs.

“We have something that will give them a stake in this country,” Brown said.

But there are those who are skeptical of the gun club’s youth outreach initiative, like Dewey Cornell, a clinical psychologist and University of Virginia professor, who acknowledged that mentoring programs are helpful but suggested that the teens’ time would be better spent in more comprehensive forms of therapy.

Though, given that violence in Baltimore is out of control — despite the fact that Maryland has some of the nation’s strictest gun laws — members believe that the club, with its positive messaging and focus on responsible gun ownership, can have a real impact on crime.

“It’s up to us as African-Americans to address these issues,” said member Larry Smith, a longtime hunter. “So I know that black people can be around guns and not shoot each other.”