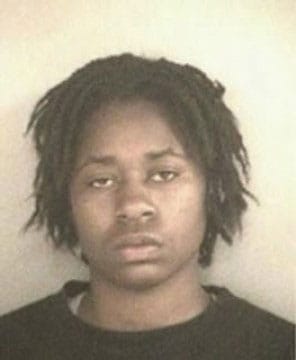 A woman is in the hospital after she was shot by her intended victim during a robbery gone wrong early Saturday morning in Temple Hills, Maryland., a suburb of Washington, D.C.

According to a local Fox affiliate, the would-be victim was coming home from work at about 4:15 a.m. when he was approached by a woman wielding a shotgun. The woman “made demands” and threatened the man with her gun, but the man was not about to comply.

What the woman didn’t know was that her intended victim was an off-duty police officer from the Metropolitan Police Department in Washington, D.C. who was returning home from his shift.

The officer was armed and shot the would-be robber. The woman quickly got into a nearby car and fled the scene.

A short time later, police received a call from a local hospital when a woman was admitted with gunshot wounds. Detectives determined that the injured woman, who was later identified as 26-year-old Ashley Tomika McCrae of Southeast Washington, was the same suspect who held up the officer earlier.

McCrae remains in the hospital with non-life threatening wounds and will face robbery charges when she is released.

Authorities recovered McCrae’s shotgun and the vehicle in which she was seen fleeing the scene. Police did not say if there was anyone else present in the vehicle at the time.

It is unknown how many times McCrae was shot or whether the officer used his service weapon.

The officer was not injured during the attempted robbery and will not face any charges for shooting McCrae.

Ironically, the state of Maryland made headlines this year after passing some of the strictest gun laws in the country, earning the state an A- rating with the Brady Campaign to Prevent Gun Violence. One of those laws required potential gun buyers to be fingerprinted, a restriction which Vincent DeMarco, president of Marylanders To Prevent Gun Violence described as “one of the best tools a state can use to keep guns out of the wrong hands and save lives.”

Similarly, in Washington. D.C. a permit is required to legally purchase a shotgun. Registration is also required and both open and concealed carry are prohibited.

It is unknown if McCrae’s shotgun was legally purchased and registered.