PETA writes letter to teen mauled by bear, tells her to reflect on ‘horror of an attack’ before she hunts again 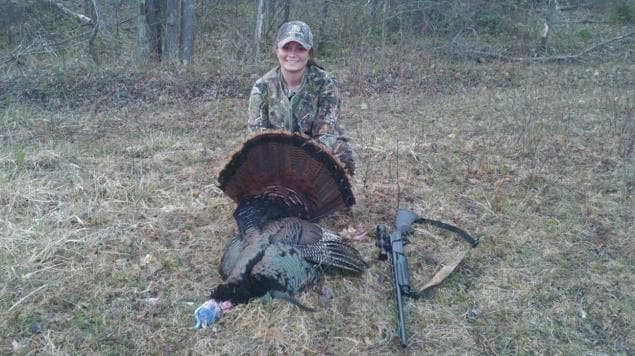 Camille Bomboy’s mother said her daughter has been hunting for much of her life and the bear attack was a “freak accident.”

People for the Ethical Treatment of Animals wrote a letter to a teen who was attacked by a bear Friday, advising her to utilize the incident to reflect on her choice to hunt.

Camille Bomboy and her family were hunting in the woods of Pennsylvania when she was mauled by a black bear. The teen suffered bite injuries to her arms and face and nearly lost an ear. The 18-year-old said that as she was being attacked, she “screamed and prayed.” Her mother, Krista Courter, said she “could see her face and it looked like she was massacred,” according to New York Daily News.

But according to PETA, the bear attack provided a valuable learning experience.

We Are Central PA published the letter to Bomboy from PETA spokeswoman Alicia Woempner that read, “This seems to be a good opportunity to put yourself in the place of the individuals you and the rest of your hunting party were trying to kill.”

She continued, “As terrifying as it must have been to be attacked by a bear, please consider the frightening and painful experience that hunters set out to impose upon animals.”

Woempner joked that she supported “the right to arm bears” before continuing, “But in all seriousness, it would be a blessing if you were to abandon hunting and decide to live and let live.”

Woempner concluded, “Now that you’ve experienced the horror of an attack — although this one was in self defense — we hope you will choose to enjoy nature in only nonviolent ways. Thank you for your consideration.”