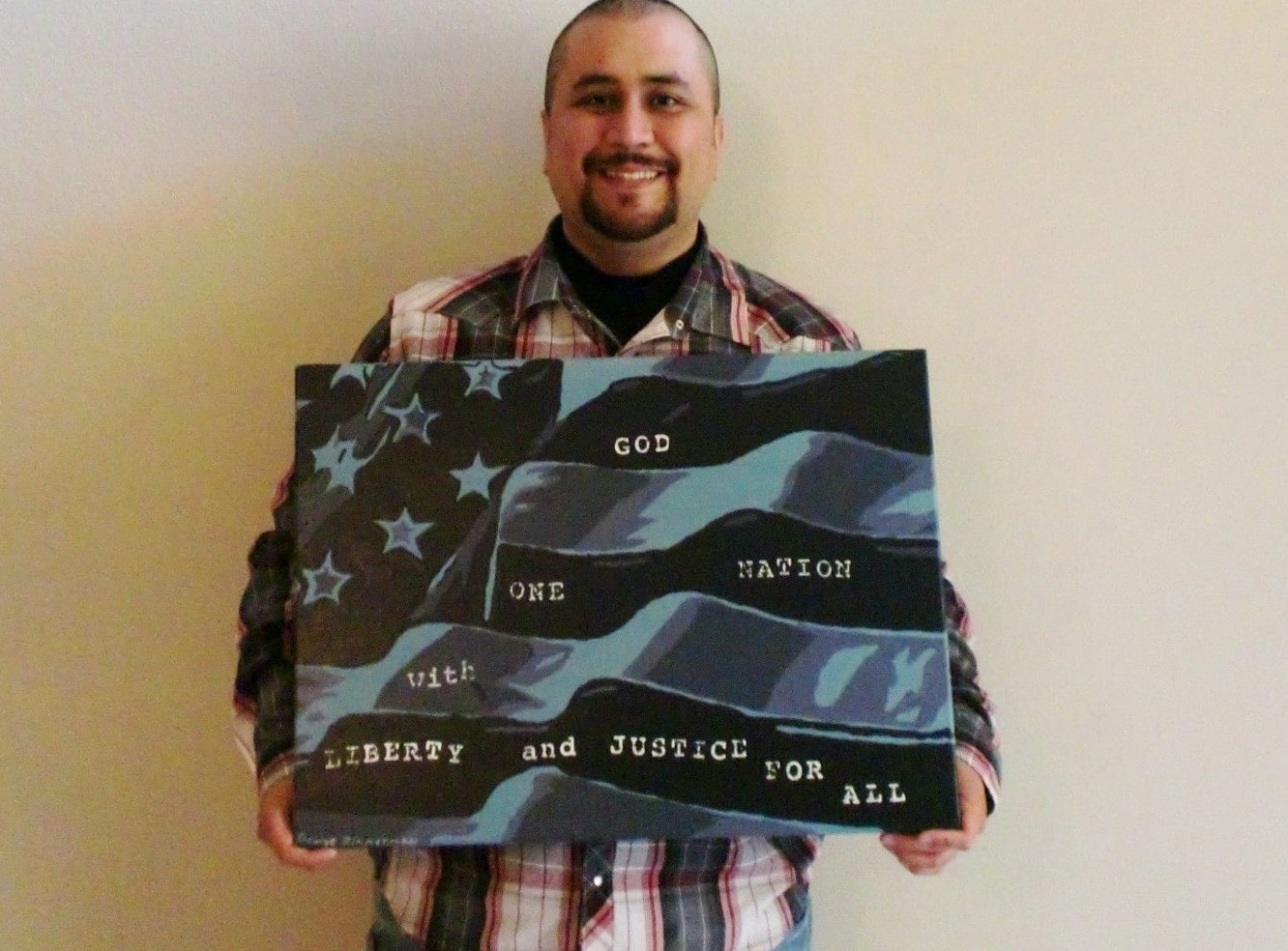 George Zimmerman, who reportedly is $2.5 million in debt, primarily because of legal fees, has turned to painting for catharsis and now financial gain. His first painting is being auctioned off on eBay and in just a few days the price went from 99 cents to $110,000.

To authenticate the painting, Zimmerman’s signature can be seen in the lower left-hand corner. And to further prove it’s Zimmerman’s work, Zimmerman recently took to answering questions and also released a photo of himself holding the painting.

In the Q&A section of the auction page, Zimmerman wrote, “Yes, this account and my twitter @therealGeorgeZ belong to me, George M. Zimmerman. I have received this question a lot so I posted a picture of me holding my painting with the hope that would clarify any confusion.”

The 11×24-inch piece is of a waving American flag. It’s painted in various shades of blue and portions of the Pledge of Allegiance are highlighted on the darker stripes of the flag. The words are ordered with “God” at the top, “One Nation” below it, and  “with Liberty and Justice For All” printed at the bottom.

The presentation of the words seemingly represent Zimmerman’s view of the nation’s legal system or perhaps his interpretation of the populous attitude towards his role in the shooting death of 17-year-old Trayvon Martin, which Zimmerman was acquitted of in July (or you can interpret it any want because it’s “art”).

In one question, Zimmerman opens up on how he feels he was treated by the public and the media, and critiques the coverage of his trial. 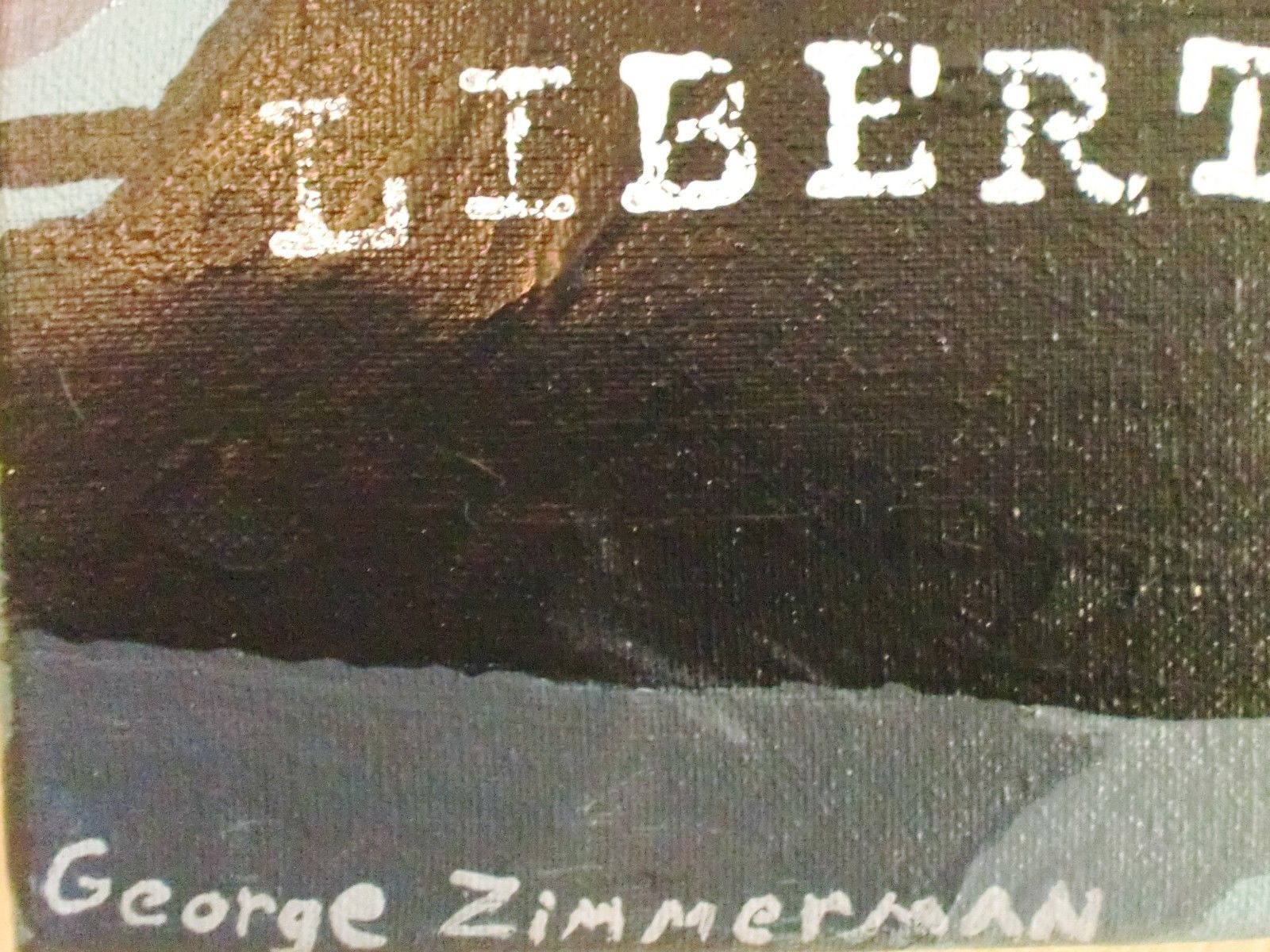 For some, George Zimmerman’s signature was not enough. (Photo credit: eBay)

A fan said, “A true winner is someone that figures out how to make lemmon aide [sic] from lemmons [sic]. I contributed to your legal defense fund. I am truly sorry our government run liberal media and justice department persecuted you they way they did.”

And Zimmerman responded, “God Bless you. You have nothing to apologize to me for. The system is broken, an innocent man should not spend one second without his God-given liberty, solely because a small sect of uneducated loud mouths. We must fix it. If we can’t fix it together, then we owe many people a sincere apology.”

He also revealed that the money raised by the auction will not be going to his attorney Mark  O’Mara, that he used a primitive latex paint rather than acrylic, and most interestingly he announced that he will be delivering the painting personally (as long as the buyer lives in the continental U.S.)

(Staff Writer Jennifer Cruz contributed to the reporting of this article)