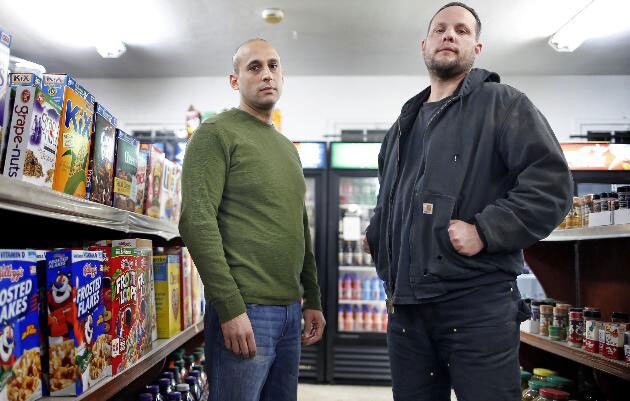 When two men walked into a Minneapolis neighborhood market about 9:15 Tuesday night, the store owner, Mohamed Ahmed, knew that something was amiss and it turned out that he was right. But thanks to an armed citizen, who happened to be walking by, the suspects only got away with a few bucks and Ahmed ended up with only a few staples in his head instead of much worse.

The two men, who were wearing hoodies and had their faces partially covered, wandered around the store for a minute at first and asked a few unusual questions. Then they made their move, a local Fox affiliate reported. One jumped over the counter while the other one trained a gun on Ahmed.

The suspects rummaged through Ahmed’s pockets and went for the cash register, but it wasn’t open. And Ahmed, rather than easily surrender his hard-earned cash, began to fight back. Apparently the suspects were only interested in an easy target, because, although they were armed, as soon as Ahmed started to fight with them the two ran out of the store. Ahmed followed behind them and locked the door as soon as they were outside.

However, the two suspects then decided that they wanted back in the store to carry out the robbery which they had started. They began to bang on the door and scream at Ahmed.

The beaten and bloodied store owner was admittedly “panicked inside the store,” on the phone with 911 and trying as well as he could, but not doing a very good job, to keep his composure and tell the dispatcher what had happened.

Meanwhile, the suspects continued to bang on the door, but about that same time Matt Dosser happened to be walking by. “They seemed really agitated, super agitated,” Dosser told reporters. He said at first “nothing made sense, then I saw the gun.”

“By their behaviors and from what I saw, it appeared they were trying to get back into the store to finish the job,” he said.

“There’s a million thoughts that go through your head in that, you know, 10 to 20 seconds,” Dosser added.

But he kept his cool and slowly and quietly pulled his own gun, which he had a permit to legally carry concealed and often did so, “especially in the city.” 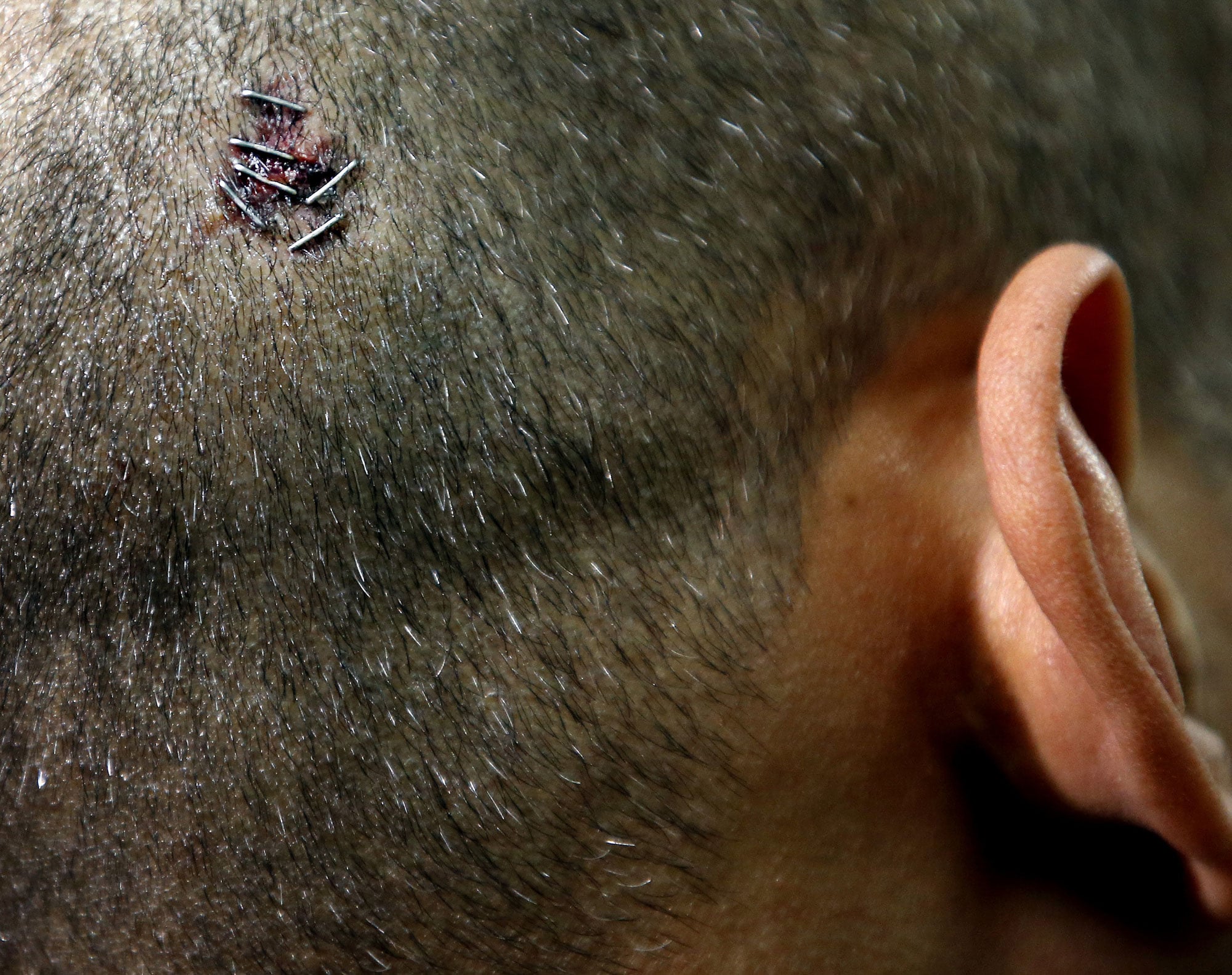 Ahmed ended up with half a dozen staples in his head after being pistol whipped by one of the suspects. (Photo credit: Star Tribune)

“I un-holstered my weapon. I kept it close; I kept it at a ready,” Dosser explained. And apparently that was enough for the two suspects. One of them looked right at Dosser, then turned to his buddy, whispered something and the two simply ran to a nearby vehicle and drove away.

Dosser finally convinced Ahmed, who was still panicked and covered in blood, that the threat was gone and he let him into the store. Dosser got on the phone for Ahmed and finished giving the 911 dispatcher details of the incident, making sure to also provide a description of himself so that responding officers wouldn’t mistake him for one of the suspects.

The store’s surveillance video caught pictures of the two men, which authorities, Ahmed and Dosser all hope will lead to their capture.

Ahmed ended up with six staples in his head, but, although still shook up over the ordeal, is said to be recovering and doing okay. “I had a gun put to my face,” he said. “I wouldn’t wish that on my worst enemy.”

Other than some cash they grabbed from Ahmed’s pockets, the suspects left empty-handed.

And as for Dosser, he’s being called a hero.

The day after the attempted robbery, police spokesman John Elder said what Dosser did was “a noble thing. He acted honorably. Did this person possibly save [Ahmed’s] life? Absolutely.”

Dosser thanked the authorities for what they do and believes that they did a good job. However, he also admited that the police can’t be everywhere all the time.

And although Dosser is thankful that he was there to help Ahmed, he still confessed that he is shook up over the incident. “Don’t get me wrong,” he said. “This isn’t something that people like myself, that carry a weapon, ever want to have to do.”

But this wasn’t Dosser’s first time stepping in and assuming the role of the Good Samaritan either. In 2005 he happened upon an incident where two men were badly stomping a man on the ground. “I’ll shoot you if you don’t stop kicking that guy!” Dosser said he yelled at the two men and they stopped, without Dosser ever even drawing his weapon.