Talking with pro shooter who's 'gay for guns' 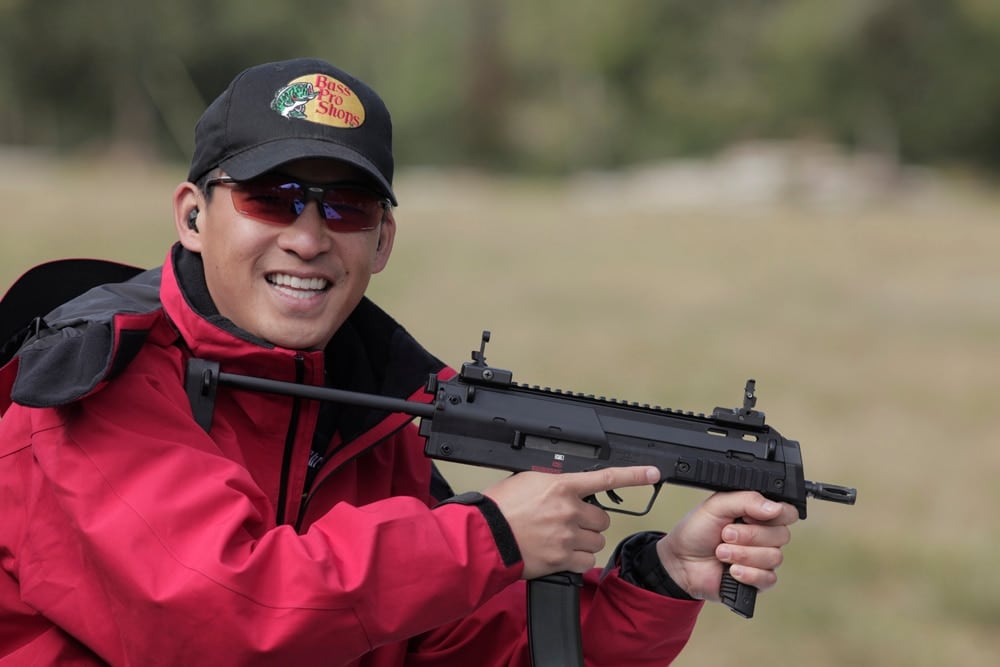 Before becoming a professional shooter, Chris Cheng was an IT guy. He even worked for Google at one point. (Photo by Oleg Volk)

Top Shot champ and professional shooter Chris Cheng decided to take on not just one, but two hot button issues of the year as he publicly announced that he’s gay on Tuesday.

In his announcement, Cheng said he wanted to be honest and upfront about who he is as he enters a new chapter in his life. He’s currently working on new TV show that documents the diversity of the gun community, and writing a book about leadership and marksmanship.

So far his career in the shooting world has been an exciting one. Since he won on the History Channel’s Top Shot season 4, he joined the Bass Pro Shop shooting team where he tours around the country making appearances at stores and participating in major shooting competitions. 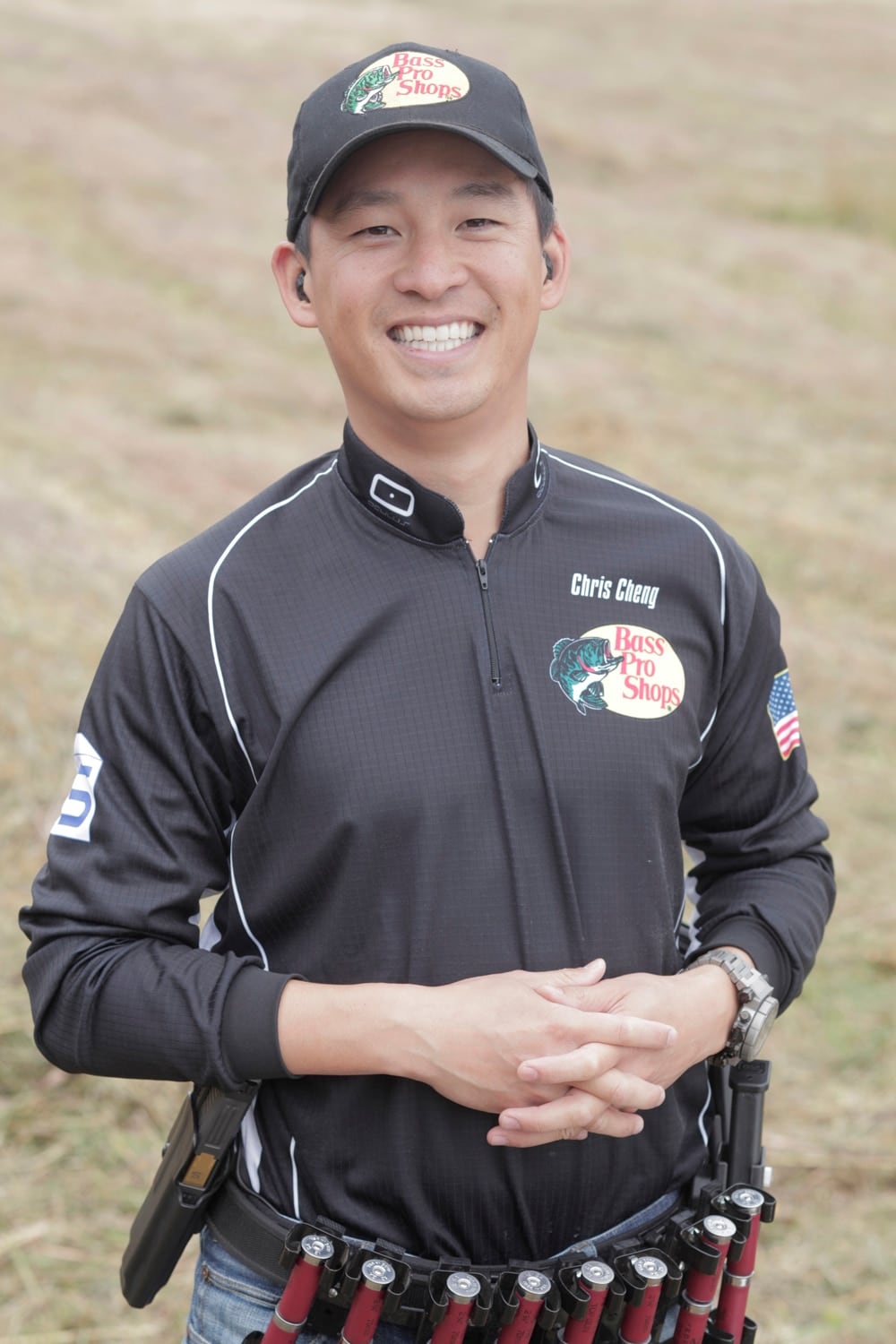 Guns.com reached out to “Top Shot Chris” via email to talk about coming out, the gun world’s reaction and where we go from here.

Daniel Terrill: First off, gun culture is so broad — I mean within every group, any passion and any profession you can find a gun guy. And your coming out just verifies how diverse gun culture actually is. What pushed you to do it?

Chris Cheng: The existing diversity in our community is definitely what I believe is noteworthy. Acceptance and tolerance comes in not only the places you would expect it, but also in places you wouldn’t. The predominant stereotype in the mass media is that a gun owner is an uneducated, bigoted redneck. This is patently false, and so I hope to deliver that message to the gun community, and beyond.

DT: How have gun owners reacted to your coming out?

CC: I’ve received a ton of support from my gun friends, gay friends and family. It’s been about 55 percent positive/supportive, 5 percent negative, and then 40 percent “so what, who cares?” The “so what” replies have actually been my favorite because it is a strong indicator that people think sexual orientation is irrelevant. I believe that the end of the LGBT equality road is a place where no one cares that people are gay. My coming out is hopefully a means to this end.

DT: But even within the “who cares” group there are still critics who have downplayed the actual gesture of coming out. Their criticism of you is not that you’re gay, but that you’re formally coming out as a gay man. The way I’ve seen it put is that they’re ok with you being gay and open about it, they just don’t care for the public announcement. How do you respond to criticism like that?

CC: I want to clarify that a goal of my announcement is to help break the prevailing gun owner stereotype noted above. Being visibly gay is important in the same way it is important for gun owners to be visible and vocal. I’m not ashamed of being gay or being a gun owner — there are plenty of people who try to shame and blame responsible gun owners every time there’s some crazy person who decides to shoot people, and I simply will not give up my Second Amendment rights for the actions of crazy people.

I had an interview with TMZ just now, and they asked me why didn’t I wait until something bad happened to me in the gun community, as a result of me being gay. I’m not going to wait for something bad to happen and take advantage of it. It’s too much of a parallel to anti-gun politicians who use mass shootings as a way to further their agenda. I want to come out on my own terms, instead of being a victim to a whisper campaign.

My goal is to leverage this coming out announcement to promote and protect the gun community, our values, and our way of life. 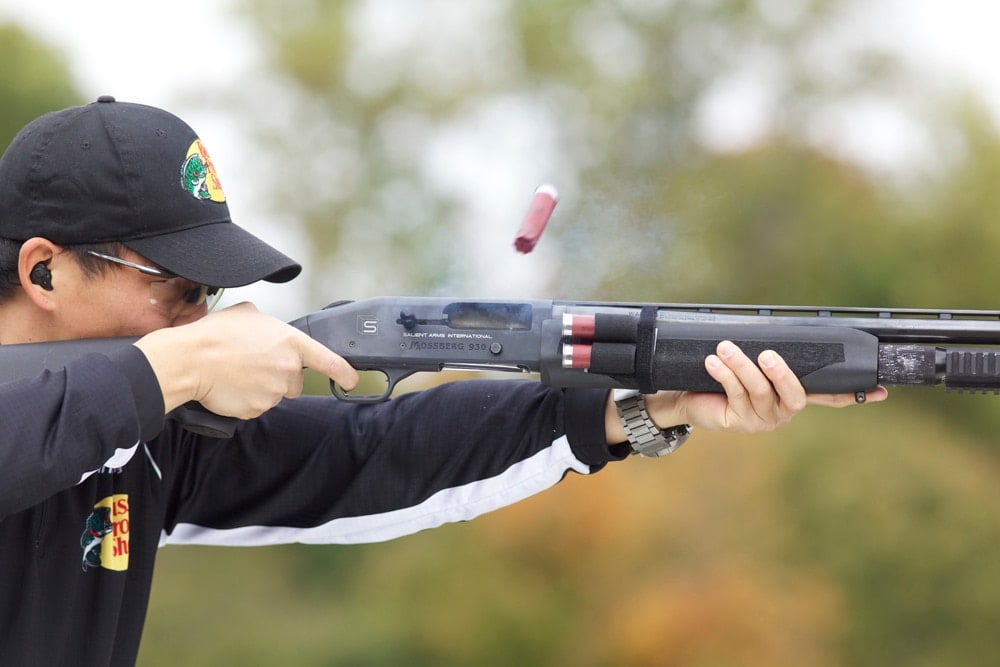 DT: Can you explain why it’s significant to announce your sexual orientation to the gun community and also to a national audience?

CC: It’s significant because it’s an effective way to highlight the fact that the Second Amendment is for all Americans. Gay people are still attacked for simply being who they are, and that the use of firearms for self-defense is a concept that should resonate within the LGBT community, exactly like it does for the rest of us in the gun community. The Second Amendment wasn’t written for any single group. You can be gay, straight, purple, or green and appreciate the freedoms it guarantees us.

DT: How successful do you think you would you have been had you revealed this side of yourself at the start of Top Shot? Do you think it would have affected your support, fans, etc?

CC: The interesting backstory is that I was the token gay guy throughout the entire Top Shot process. All the competitors knew I was gay and there are hours and hours of interview footage that never saw the light of day. And no one cared, just like now. And that is what I think is interesting, especially as someone who was a former outsider to the gun community who thought that there was more anti-gay sentiment than really exists.

My own gun owner stereotypes were shattered when I showed up for a fight that never materialized. I didn’t expect the “so what?” response on Top Shot to be so prevalent, and the History Channel never aired any of the footage because they told me “it never became relevant.” There was never any drama, and kudos to Top Shot for keeping the drama in the shooting.

DT: You’ve advocated and publicly defended gun rights and the Second Amendment during the national debate over gun rights this past year. Now that people know that you’re gay, will you advocate for gay rights, too? Or will you align yourself with gay gun rights groups? 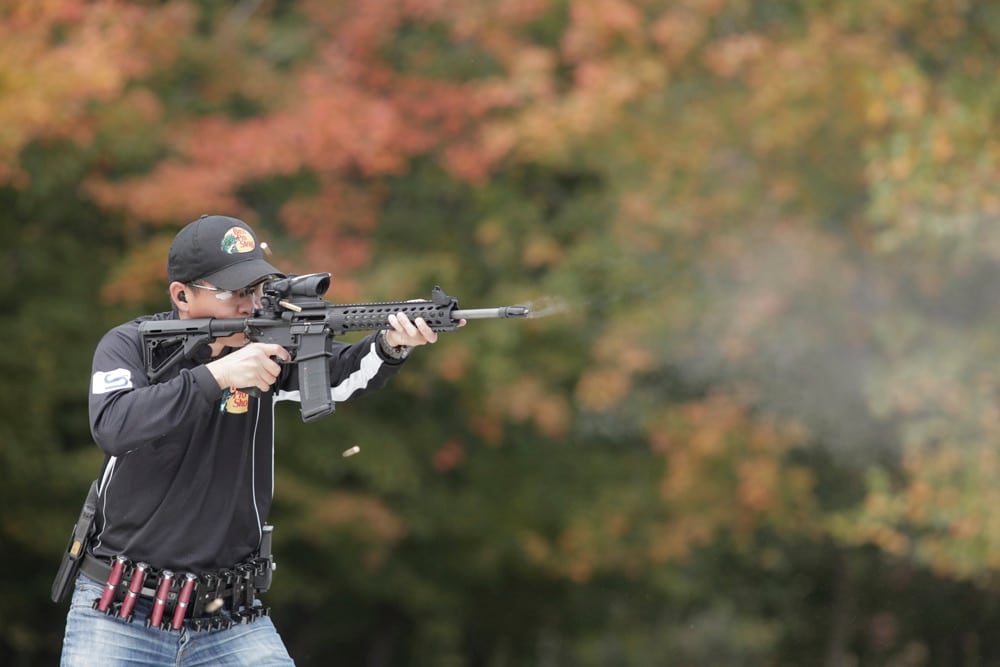 Chris Cheng firing a type of firearm that would have been banned had SB374 passed. (Photo by Oleg Volk)

CC: Here in California, we saw an unprecedented number of gun bills make it to the Governor’s desk, and he signed 11. We won the big fight, which was SB374 that would have banned semi-automatic rifles that could accept detachable magazines. We’re gearing up for a vigorous 2014.

I do plan on advocating for gay rights. Rights are rights, and the concepts of liberty and freedom equally apply to gun and gay rights in my book. I do not expect people to agree with my positions on either, but I do expect the freedom to exercise my rights as an American, in the pursuit of happiness.

For the past two years, I have donated private shooting lesson packages to the fundraising galas of the Human Rights Campaign and the Horizons Foundation (two LGBT organizations). I’ve had a great time teaching newbies about guns, and these are people who tell me they have always been curious about guns, but didn’t know how to get started. I encourage all gun owners to seek out these connections we can make with non-shooters so we can introduce them into our community.

DT: As a gun advocate, how are you treated within the gay community?

CC: The gay community is a reflection of larger society. There are gay doctors, lawyers, teachers, different races, religions, etc who also support gun rights. There are gay liberals, conservatives, libertarians, and everything else. They are not mutually exclusive, and I’m treated with the same level of respect that I give to other people.

CC: I want to help promote more diversity in the shooting sports, and I am starting an Asian-American Gun Owner’s Association group. You don’t have to be Asian to join, and it’s open to anyone interested in learning about and supporting Asian-American success in the gun world. With prominent Asian shooters like JJ Racaza, Athena Lee, Kalani Laker, Vera Koo, and others, I believe there’s a big opportunity here to bring new shooters into the fold.

My TV show and book are two gun-focused projects that I am also excited about. The goals there are the same as well, bring in new shooters and increase the diversity in our community.

We thank Chris for taking the time to talk to us and although it’s still in the works, we look forward to seeing his future projects.