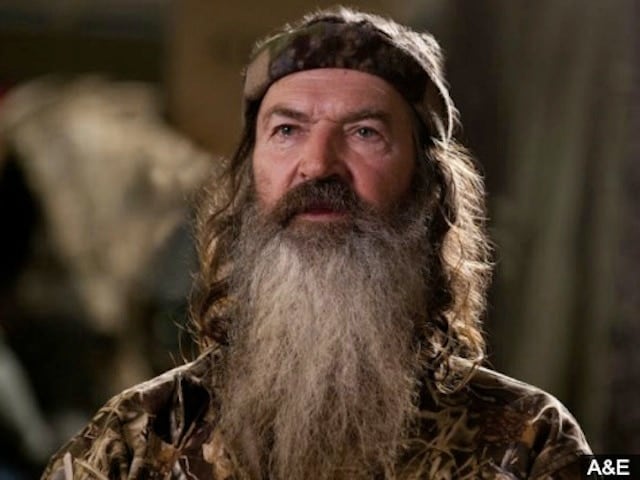 Phil Robertson has been “indefinitely” suspended from filming after his comments about homosexuality.

During the interview, the 67-year-old hunter likened “homosexual offenders” to bestiality and promiscuity, claiming being gay is “just not logical.” He also quoted scripture from the Bible, advising that “faith in Jesus” will help people solve their problems. But A&E Networks was quick to point out Robertson’s beliefs were not a reflection of the network’s, CBS News reports.

“It seems like, to me, a vagina – as a man – would be more desirable than a man’s anus. That’s just me,” Robertson said in the interview. “I’m just thinking, there’s more there! She’s got more to offer. I mean, come on, dudes! You know what I’m saying? But hey, sin: It’s not logical, my man. It’s just not logical.”

A&E Networks responded to Robertson’s comments by releasing a statement.

“We are extremely disappointed to have read Phil Robertson’s comments in GQ, which are based on his own personal beliefs and are not reflected in the series ‘Duck Dynasty,’ the statement said. “His personal views in no way reflect those of A&E Networks, who have always been strong supporters and champions of the LGBT community. The networks has placed Phil under hiatus from filming indefinitely.”

Robertson went on to quote a Bible passage from 1 Corinthians 6:9-10.

“Don’t be deceived,” he continued. “Neither the adulterers, the idolaters, the male prostitutes, the homosexual offenders, the greedy, the drunkards, the slanderers, the swindlers – they won’t inherit the kingdom of God. Don’t deceive yourself. It’s not right.”

According to Robertson, a person’s problems can be solved through putting their faith in Jesus. 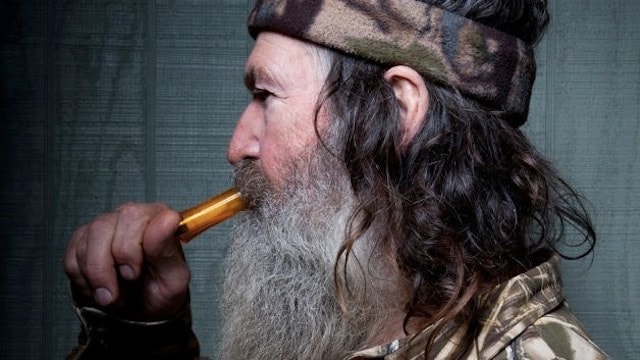 The though Robertson family may have started with duck calls, they have grown into super stardom with their record breaking reality TV show.

“If you simply put your faith in Jesus coming down in flesh, through a human being, God becoming flesh living on earth, dying on the cross for the sins of the world, being buried, and being raised from the dead – yours and mine and everybody else’s problems will be solved. And the next time we see you, we will say, ‘You are now a brother – our brother.’ So then we look at you totally different then,” Robertson said.

Though Robertson’s religious views likely come in direct conflict with the LGBT community, he claims he doesn’t judge others.

“We never, ever judge someone on who’s going to heaven, hell. That’s the Almighty’s job,” Robertson said. “We just love ‘em, give ‘em the good news about Jesus – whether they’re homosexuals, drunks, terrorist. We let God sort ‘em out later.”