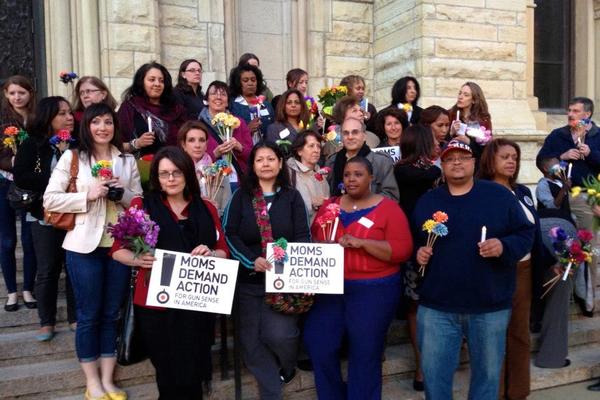 Michael Bloomberg’s Mayors Against Illegal Guns is merging with Moms Demand Action for Gun Sense in America to create the ultimate gun-control organization, the two groups announced on Thursday.

The move comes less than a week after the one-year anniversary of the mass shooting at Sandy Hook Elementary in Newtown, Connecticut.

Many believe that the merger was made for strategic purposes, combining Bloomberg’s billion dollar bankroll with the strong social media skills and grassroots activism of Moms Demand Action.

“We started this movement as just 15 mayors committed to protecting our cities – and we’ve since been joined by more than 1,000 mayors and more than 1.5 million Americans from big cities, small towns, and all different walks of life,” said New York City Mayor Michael R. Bloomberg, in a press release.

“Gun violence is, unfortunately, an issue that affects every community, and coming together with Moms Demand Action today will strengthen our efforts to keep guns out of the hands of dangerous individuals and save lives,” added the outgoing NYC Mayor.

Shannon Watts, the founder of Moms Demand Action, a group that was spawned in the wake of Newtown, was equally excited about the two groups joining forces.

“Gun violence used to be something that happened only in other cities, other communities, but now every mother and every American knows the fear of ‘what if?’ – what if it were my community or my child’s school?” said Watts.

“That’s why we’ve come together to fight this tragedy – to save our children’s lives, save American lives and protect the places where we all live, work and go to school,” she continued. “This partnership ensures mothers will continue to play an important role in gun violence prevention for decades to come.”

On the Moms Demand Action website, the expectation was even greater: “We will soon be stronger than any gun lobby, and, together, will change our nation’s culture of gun violence.”

Bloomberg’s MAIG has several notable accomplishments in recent months, among them getting pro-gun control Gubernatorial Candidate Terry McAuliffe elected in Virginia, funding the pro-gun control agenda in Colorado, which passed a universal background check measure and a ban on magazines that hold more than 15 rounds.

Moms Demand Action has been effective as well. The group takes credit for pressuring major retailers and corporations like Starbucks and Staples to adopt a ‘please-don’t-bring-your-guns-to-our-stores’ policy.

Meanwhile, NRA-backed attorney Chuck Michel put the situation in historical perspective, pointing out that the merger mirrors a similar one between the Brady Center to Prevent Gun Violence and the Million Mom March in 2002 with one notable exception, Bloomberg’s extensive monetary resources.

“This seems analogous to a corporate takeover, where a large company sees the advantage of acquiring the social media and brand of a target company, but their agendas are the same. In this case, their anti-Second Amendment agendas won’t change,” he told USA Today.