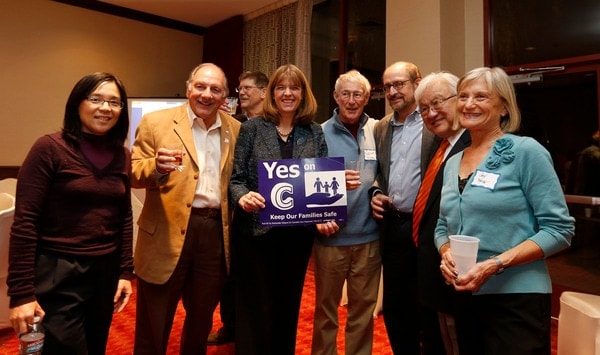 As they promised, lawyers supported by the National Rifle Association are suing Sunnyvale, California, over Measure C, a sweeping new gun-control ordinance that restricts the rights of law-abiding gun owners and retailers in the city’s limits.

“Magazines prohibited by the Ordinance are in widespread, common use throughout the United States,” states the 19-page brief filed by the law firm Michel & Associates, which is representing several individual Sunnyvale residents. “These magazines are typically possessed by law-abiding citizens for lawful purposes, including in-home self-defense.

As such, the lawsuit goes on to say, “the ban on the very possession of these magazines directly violates Plaintiffs’ rights to keep and bear arms enshrined by the Second Amendment.”

Consequently, the plaintiffs are asking the U.S. District Court for the Northern District of California to block the law from taking effect.

Due to the fact that Measure C is confiscatory, meaning that gun owners must either sell off, destroy or forfeit lawfully owned property, lead attorney Chuck Michel believes that courts will see it as a high priority and it will be on the fast track when it comes to the appeal process.

“Win or lose, [it could] go straight up to the Supreme Court and be there in a matter of months rather than a matter of years,” Michel told the Washington Post.

“Once they don’t have them [magazines], they can’t replace them,” he added. “So that creates the need for expedited court review.”

“Any law that deals with safety or guns, they will oppose, no matter what it is,” he told San Jose Mercury News. “The claims they’re making, as far as I’m concerned, don’t hold any water.”

This lawsuit comes in the wake of another one submitted by the National Shooting Sports Foundation, the trade association for the firearms and ammunition industry, which filed last week arguing that Measure C violates state and federal preemption laws that prevent cities and municipalities from regulating firearms.