The U.S. Army War College in Pennsylvania is considering taking down portraits of Confederate generals such as Robert E. Lee and Thomas “Stonewall” Jackson.

The discussion regarding whether or not the college should honor the Confederate generals came after an inventory of all its paintings and photographs was conducted. The cataloguing was carried out to help decide how to best rehang the historical paintings to tell any given Army story. But some think the portraits of Lee and Jackson shouldn’t be rehung at all, Washington Times reports. 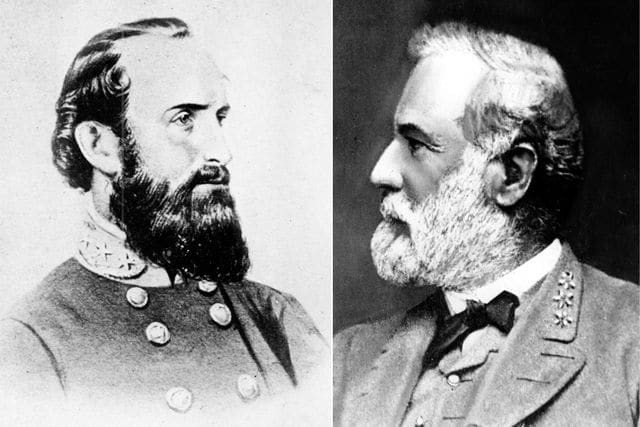 The war college is considering taking down all portraits of Confederate generals.

“I do know at least one person has questioned why we would honor individuals who were enemies of the United States Army,” said college spokeswoman Carol Kerr. “There will be a dialogue when we develop the idea of what do we want the hallway to represent.”

The war college, which opened in 1901 and trains potential future generals in the ways of warfare, hasn’t made a decision yet. But one high school in Jacksonville has taken a firm stance against Confederate generals.

Nathan B. Forest High was named for the Confederate general who was also an honorary Ku Klux Klan leader. After decades of controversy surrounding the name, the Duval County School Board has finally agreed to change it, just as soon as the students can agree on a new one, the Associated Press reports.

This isn’t the first time portraits of Gen. Lee have sparked opposition. Last August, the NAACP held demonstrations in Fort Myers because Lee County refused to take down a portrait of the historical figure. The NAACP claimed its hanging was an insensitive reminder for the local minorities.