Can you carry a gun in a commercial vehicle?

The answers to these questions are hardly simple. There are federal regulations to consider.  If you cross state lines, you’ll be dealing with at least two sets of state regulations.  Determining which federal agency has jurisdiction over commercial vehicles will only complicate things more.  In the end, it may well be up to the company you work for.  And all of this may depend on your concealed carry permit regulations. 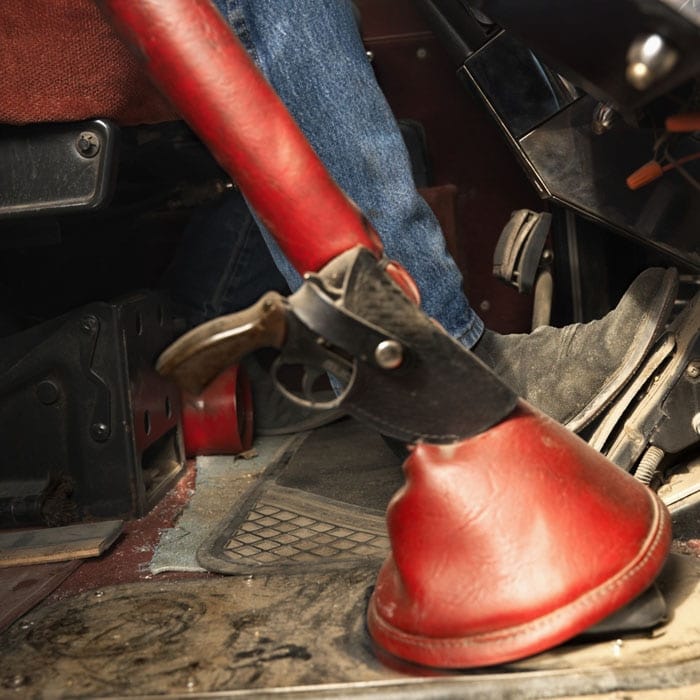 One thing is clear.  At least we at Guns.com see it clearly.  A commercial truck driver has the same right to self defense as anyone else.  It should be legal.  It should be encouraged.

The rules governing transportation of firearms are tricky, and often open to interpretations that make simple explanations futile.

Normal drivers (especially those without concealed carry permits) can transport firearms.  How else would we get them home from the gun store?  The basic guide is to keep them out of reach of the driver or passengers.  Some advise putting them in the trunk.  For extra credit, you can lock them in a hard-sided container and lock that in the trunk.  All guns in vehicles like this should be unloaded and stored separately from their ammunition.  They should be out of reach of anyone in the vehicle — that’s the kicker. 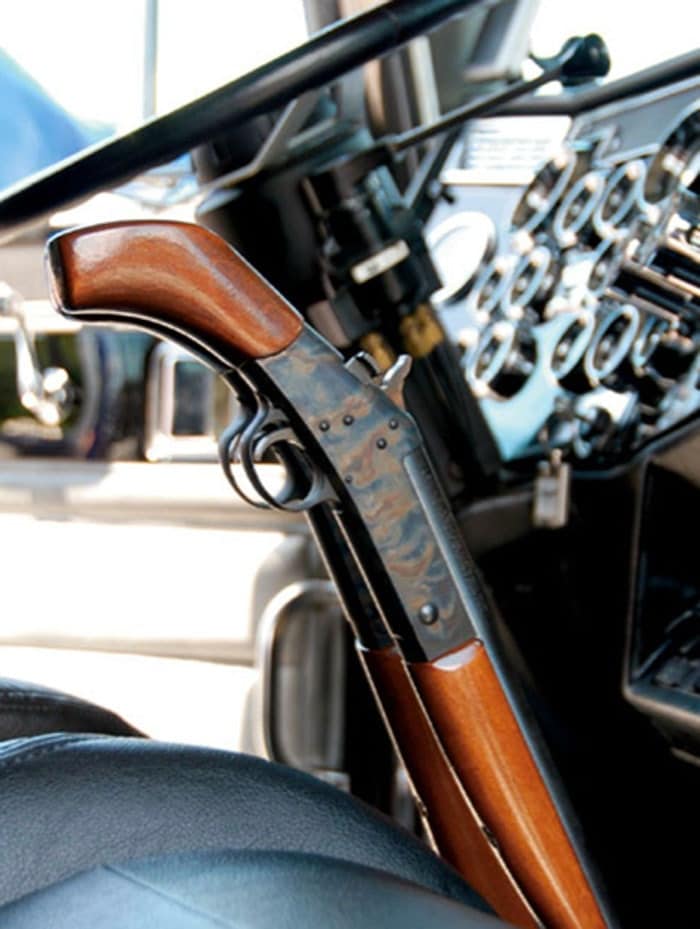 If you drive a station wagon or truck, you may not have a trunk.  Travel with your unloaded gun in plain sight.  Under these circumstances, you can easily alert a police officer to the gun’s presence without raising alarm (because both of your hands will be on the wheel and you’ll remain calm, right?).  I prefer to put cable locks on guns and leave them visible, but not too visible, or keep them locked in a case.  But don’t be too conspicuous.  No need to have them seen by the driver of the SUV parked next to me at the light.

The point here is that it is best to make any police officer aware of the gun at a traffic stop, and to do so in a way that cannot be mistaken in any way as a threat.  “Yes, ma’am.  I have an unloaded pistol in a locked box on the floorboard of the passenger seat.”

If you have a concealed carry permit, you are (in most cases) allowed to carry a loaded gun, on your person, or near enough for easy access.  That said, state laws vary, so you should know the code, or whatever passes for state code in the District of Columbia.  When carrying a concealed handgun, I will always hand my permit to the officer with my license and registration.

Notwithstanding any other provision of any law or any rule or regulation of a State or any political subdivision thereof, any person who is not otherwise prohibited by this chapter from transporting, shipping, or receiving a firearm shall be entitled to transport a firearm for any lawful purpose from any place where he may lawfully possess and carry such firearm to any other place where he may lawfully possess and carry such firearm if, during such transportation the firearm is unloaded, and neither the firearm nor any ammunition being transported is readily accessible or is directly accessible from the passenger compartment of such transporting vehicle: Provided, That in the case of a vehicle without a compartment separate from the driver’s compartment the firearm or ammunition shall be contained in a locked container other than the glove compartment or console.

It is this regulation that governs all drivers.  Having a commercial driver’s license doesn’t make it any different, at least not for the feds.

The Department of Transportation’s official response to CDL’s carrying concealed is clear enough.  “Carrying concealed weapons is a matter of state law.  Your question can best be answered by the appropriate state government.”

There are two ways to see that.  It is either crystal clear that they don’t care, or they’re passing the proverbial buck.  Either way, it’s not their concern.

It is the state laws that will get you.  Let’s assume that it is completely legal if you have a permit.  The question than becomes a matter of reciprocity.  If you are going to be crossing state lines, you’ll need to know much more about which states honor your permits.  Check a reciprocity map for more details. 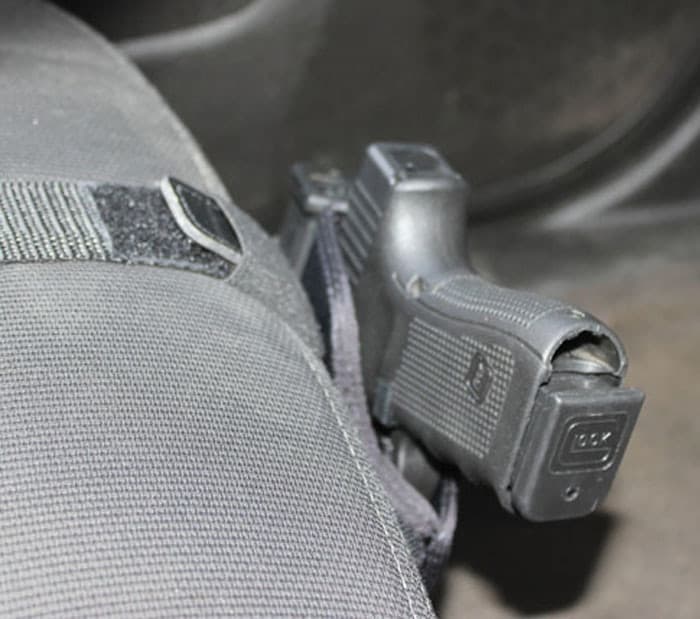 I’ve been reading state code, federal code, and various official statements concerning the matter and I’m not any closer to being able to provide a definite answer to the question.  Google the question and dig into the forum answers (from various gun forums and trucking forums) and you’ll see how muddy the waters can get.  For every trucker saying “it is perfectly legal,” there is another saying “tell that to the cop who pulled me over.”

It doesn’t seem like anyone really knows for sure.  One thing is clear.  The laws governing the issue are layered like an onion.  Peel back the federal code, and you have state laws.  Cut through those, and local ordinances crop up.  You may face recalcitrant bureaucrats like those who construct the rules for D.C.

Or you may be faced with the necessity of defending your life.  Not a tough choice for me.  I’ve been rolling with a Kingston Car Seat Holster from Desantis, lately.  And I like it.  A lot.  But I’m not an OTR trucker, either, so sorting out the rules is much easier for me.

You ask, we answer. A Guns.com fan contacted us about “the legality with weapons in … interstate commercial trucks”. We love to hear from you because it gives us great things to write about, so feel free to contact  at tips@guns.com us with questions or stories you want to know more about.