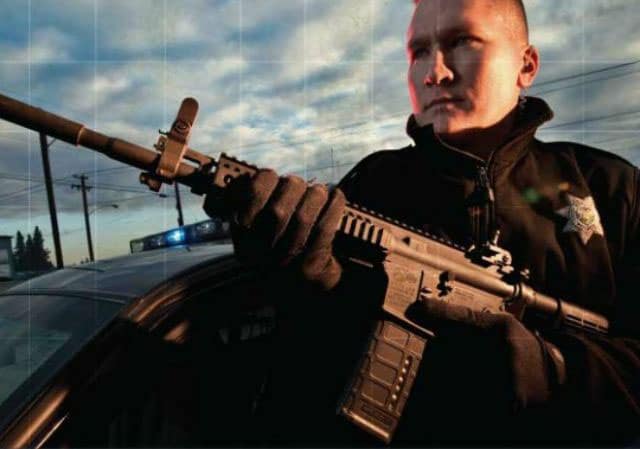 According to Jay Parrish of the Gainesville Police Department the M4s will give the officers double the rounds and triple the distance of the Glock handguns that they currently carry. (Photo Credit: Colt)

The Gainesville, Georgia school board voted on and approved a proposal Monday to purchase M4s to be kept at three of the district’s campuses for use by school resource officers, the Gainesville Times reported.

The rifles will be stored in safes which feature biometric technology and will only be accessible by the school resource officers by means of their unique fingerprints. However, the guns will not be stored at the school when the officers are not on duty. The estimated cost for the project is $6,000, which will be split evenly between the school district’s fund and the Gainesville Police Department.

“We have a very strong relationship with Gainesville Police Department,” Chairwoman Maria Calkins said. “We work with them every day to protect the kids and make Gainesville City Schools a safe place.”

In fact, it was the Gainesville Police Department who originally proposed the idea to purchase rifles for the schools nearly a year ago following the school shooting in Newtown, Connecticut.

“Before Sandy Hook we just didn’t see it as a need,” Jay Parrish of the Gainesville Police Department said at a work session in September.

But the idea of having M4s in the schools left some faculty and parents asking numerous questions, primarily centered on safety. As a result, members of the police department organized a public meeting in October to discuss any concerns with teachers, parents and other apprehensive individuals. The majority of those in attendance admitted that they felt better about the idea after attending the meeting and hearing the police department address their concerns.

And when it came to Monday’s meeting, all but one of the board members present voted to approve the proposal.

“For some reason or another, I just can’t buy into guns in school,” Willie Mitchell, who voted against the proposal, said. “I’m not sure that’s the best way to (take care) of the situation.”

“To me it’s like putting Band-Aids on a cancer,” Mitchell added. “Yeah, we need to study ways to keep bad people out of our school system but a gun in a cabinet, away from where probably the scene would happen, isn’t going to stop any damage.”