Undoubtedly this is cause for celebration, both for the NSSF and its members, which include manufacturers, distributors, federally licensed firearms retailers, shooting facilities, outdoor media publishers, industry associates and individuals.

So, in light of this excellent news, I reached out to the NSSF to discuss what this means to them, as an organization, as well as what it means for the entire gun community. I was delighted to correspond with Chris Dolnack, NSSF Senior Vice President & Chief marketing Officer.

Here is our brief Q&A:

S.H. Blannelberry: What does reaching the 10,000-member milestone mark mean to the NSSF? 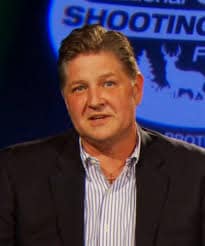 Chris Dolnack: We view it this way: Our growth means that more firearms industry companies and organizations have become aware of, appreciate and want to support the many ways NSSF works to promote, protect and preserve hunting and the shooting sports. We have been working hard and achieving this milestone is truly meaningful for us.

SB: Also, what does it mean for gun owners, manufacturers, dealers; basically, the industry as a whole?

CD: Such growth empowers NSSF to speak more effectively with a single, powerful voice on behalf of industry inside the Beltway and in state houses across the country. It also enhances our standing with the news media and other organizations with which we interact. NSSF members benefit from many initiatives in the areas of government relations, communications, firearm safety, increasing participation in the shooting sports, the SHOT Show, and discounts and benefits related to their business. The more member support we have, the more we can help support and protect their businesses and their customer base.

SB: Overall, was 2013 a good year for the firearms and ammunition industry? How did it compare to 2012?

CD: As you’ve seen in the quarterly earnings reports from the publicly-traded companies, 2013 will go on the books as another outstanding year for the firearms and ammunition industry, even if we are seeing the inevitable slowing that had to occur sooner or later. There are still order backlogs for many firearms models. I need not mention the customer-driven ammunition shortages we have seen. More women are enjoying the shooting sports and buying firearms for personal protection. Our customer demographics have broadened and are representative of the nation itself. Anyone who goes to ranges and retailers can see this and it is another reason why we are so optimistic about the future of the shooting sports in America.

SB: Looking ahead, SHOT Show is a month away. What can we expect to see this year at the show? What are you guys really excited about?

CD: It’s both hard work and exciting for our NSSF team to organize the world’s premier exposition of firearms, ammunition, cutlery, optics, and too many related products and services to list. Once SHOT begins, it’s non-stop as we take over Las Vegas for a week. Our industry colleagues and friends clearly appreciate the chance to get together. Even though attendance at SHOT Show is restricted to industry professionals only, gun enthusiasts can check out www.shotshow.org during the show Jan. 14-17 for a glimpse of the new firearms and accessories that will reach retailers’ shelves in 2014.

SB: On the legal front, last week the NSSF announced it is suing the city of Sunnyvale, CA, because of a gun control measure it passed requiring gun dealers to keep ammunition sales logs and personal information on their customers, among other onerous requirements, I’m wondering if you have any other legal challenges in the works given that eight states passed significant gun-control bills in 2012?

CD: We have been extremely busy on the legal front. In addition to our recently filed suit to enjoin enforcement of a duplicative and unnecessary ordinance unfairly targeting firearms retailers within the city limits of Sunnyvale, California, NSSF is a co-plaintiff in legal actions in Maryland and Colorado. We have also filed an amicus brief in New York regarding the SAFE Act.

SB: Lastly, the NSSF’s Fix NICS campaign, which encourages states to do a better, more thorough job when it comes to submitting mental health records to the FBI’s criminal background check database, how has that been going? Has it caught on?

CD: NSSF’s FixNICS campaign is building momentum. Four states passed legislation in 2013 to improve their reporting of records of people prohibited from having guns under federal law, especially adjudicated mental health records. Measures to FixNICS are pending in several other state capitals and we should see several of them pass bills in the 2014 legislative sessions. It’s important to note that we are not seeking expansion of the definitions of prohibited persons. Nor do we want to stigmatize mental illness or discourage people from seeking the help they may need. But any system is only as good as the data in it. Our retailers are on the front line of preventing firearms from getting into the hands of those who should not have them. Fixing NICS is a practical way on which we all can agree to help improve the public safety of our communities.