CCTV footage from the recent Seattle Metro bus armed robbery was released this week and shows the moment the armed robber was tackled by several bus passengers.

On Nov. 25, Trevonnte Brown, 19, robbed several bus passengers at gunpoint. He went from person to person, demanding their belongings. But one man decided he wasn’t going to give up his property, Metro reports.

Brown, who was wearing a black hoodie and nylon face mask, pointed a gun at the man, who in turn, lunged forward and wrestled the robber to the ground. Several other passengers followed suit and within seconds, Brown was subdued and subject to citizen’s arrest.

One victim, who wishes to remain anonymous, described the incident. 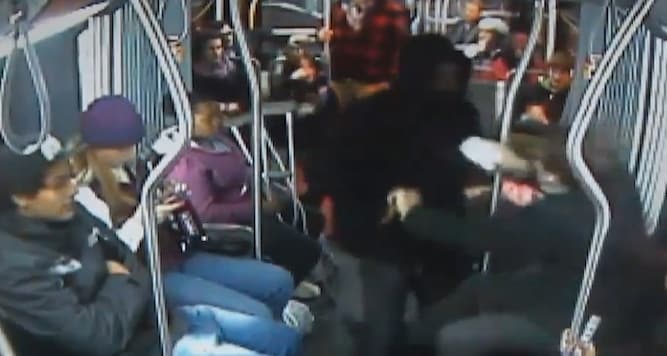 Instead of handing over his belongings, this man tackled Brown and with the aid of several of people, wrestled him to the ground.

“He stuck the gun up against my head and said, ‘Give me your phone,’” he told KIRO TV. “And I kind of jerked away, and I think he took that as struggling. And he told me not to make it any harder than it had to be.”