Wife defends against armed husband, comes out on top 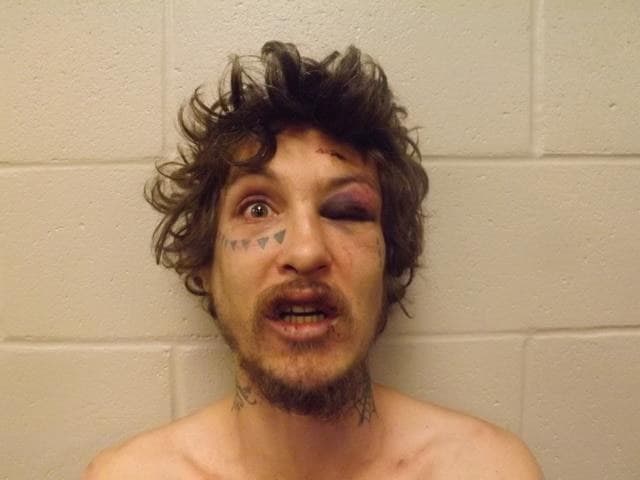 After being beat up by his wife, Derrick Maynard was arrested and charged. This is his mugshot.

An Oklahoma woman fought back against her abusive husband Monday night, and after a bloody battle, she came out on top.

It started with Maynard shouting obscenities at his wife. But the situation escalated after he threw a Nintendo Wii remote at her, and then an oil heater. Unsatisfied with the results, Maynard picked up a pellet rifle, pointed it at her head, and said, “You deserve to die.” He pulled the trigger, but the weapon was unloaded, according to the police report.

Amping things up even further, Maynard leapt on top of his wife and repeatedly punched her. She defended herself with her hands while kicking furiously with her feet. She believes at least one of her strikes connected, but said Maynard’s black eyes were self-inflicted injuries from beating his head against the wall during a prior drinking session.

Washington County deputies responded to the scene and arrested Maynard. He was charged with aggravated assault on a family with a weapon and a felony charge of making threats to kill.