For the first time in history, Fort Bragg’s Main Post Chapel held a blessing ceremony for a same-sex couple Saturday.

Maj. Daniel Toven wed his husband, Jonathan Taylor, in Washington D.C. back in August. They never imagined Fort Bragg would bless their union, but after the radical changes that started with the repeal of the “don’t ask, don’t tell” policy in 2011, they got everything they hoped for, Fay Observer reports. 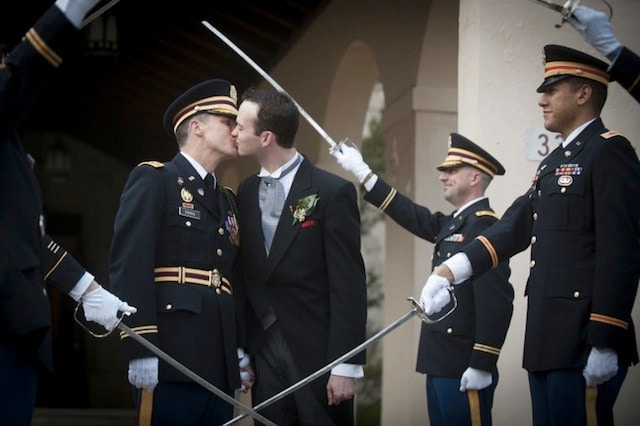 Nearly 100 family and friends attended the ceremony, including a one-star general and command sergeant major.

Toven, who joined the Army in 2003, fell in love with military life, but never expected “in a million years” for his “dream [to] come true.”

“We’ve been taken by surprise by the pace of change on Fort Bragg,” Toven said.

Taylor, a nurse at Cape Fear Valley Medical Center, said there was a “moment when the angels were singing,” but “from then on, it’s just been normal.”