A teenage girl was saved by her reading glasses after they slowed a bullet from a drive-by shooting in Seattle Saturday night. Alonza Bryant was sleeping on the couch when she was struck in the face by a bullet.

Alonza Bryant, 16, was sleeping on the couch when a drive-by shooter unleashed a volley of gunfire outside her house. One of the 10 rounds that ripped through the walls struck the bridge of Bryant’s glasses before lodging itself right between her eyes. Her mother, Lavett Bryant, credits the plastic frame with saving her daughter’s life, Komo News reports.

“Yes, glasses saved her life,” said Lavett. “Yes, I believe that. It’s amazing. It’s God sent. If it weren’t for God, she wouldn’t be here.”

Bryant, who suffered non life-threatening injuries, was happy to be alive.

“I could have been dead. I’m glad that the glasses saved me,” she said.

According to Seattle Police gang detectives, the Bryant’s home may have been specifically targeted. However, Lavett denies anyone in the family has gang affiliations. 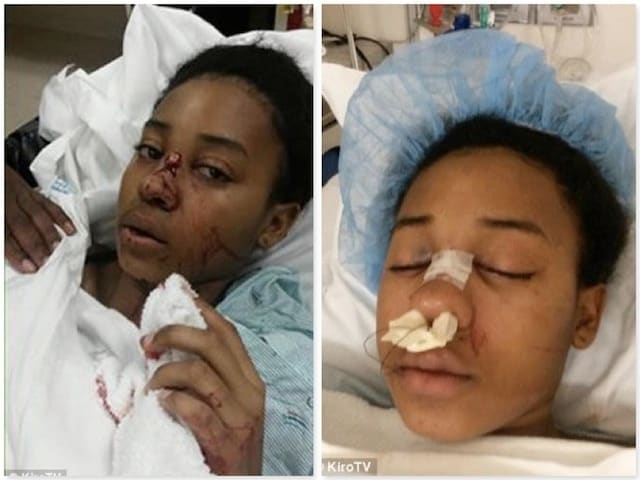 “People are saying mean things on Facebook about it was gang related, and we did it to ourselves,” Lavett said. “That’s not how it was. We are honest, upstanding citizens.”

The Bryant’s immediately moved out of their house in South Seattle and are now seeking residency elsewhere.

Police have no suspects, though some reports indicate the shooter may have been in a dark sedan.