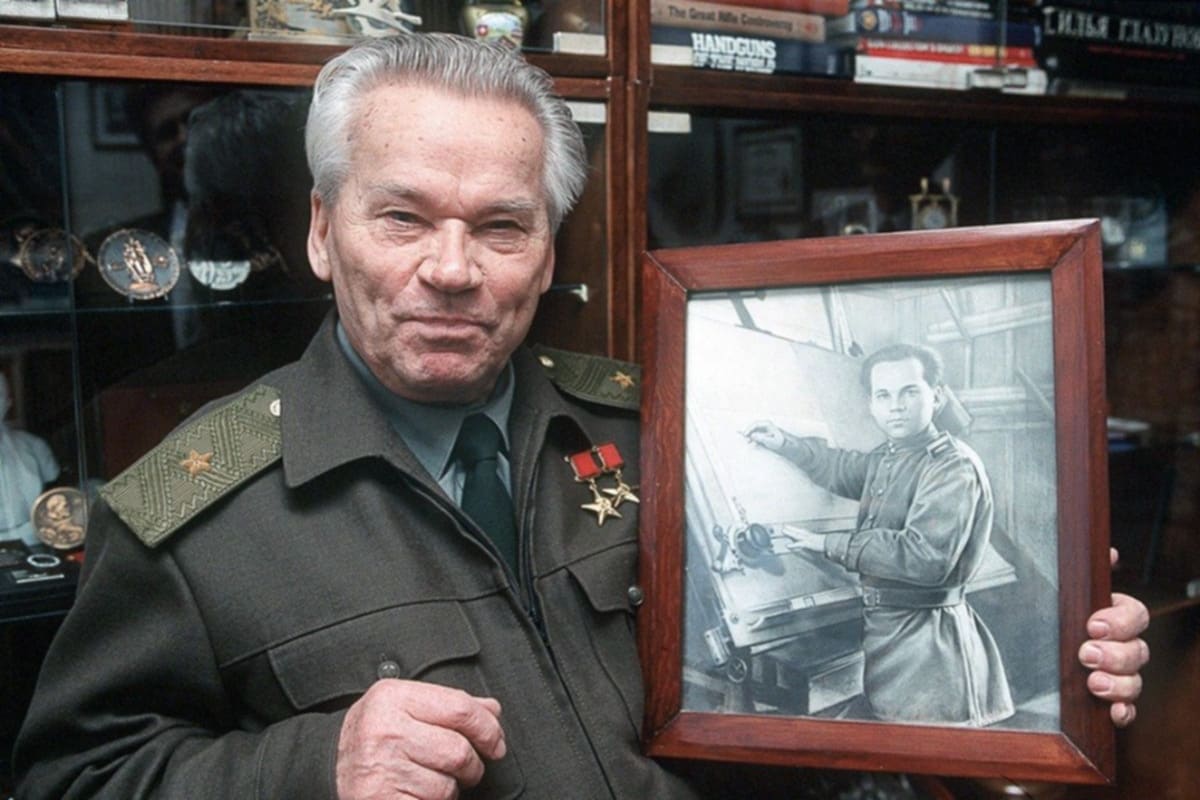 Kalashnikov’s most famous invention, the AK-47 rifle and the many guns that duplicate the design, is to-date the most successful firearm of all time, and likely will continue to be for many decades to come.

In that way he has achieved a little bit of immortality, joining the likes of Sam Colt, John Browning, Eugene Stoner, Hiram Maxim, John Garand, Richard Gatling, Benjamin Henry and the Mauser brothers.

While Kalashnikov has been given every ounce of credit due for his eponymous rifle, the design didn’t spring up in a single flash of genius. It took years of struggle and effort to invent the AK-47.

Kalashnikov was born in Kurya on Nov. 10, 1919, the 17th child of Timofel and Alexandra Kalashnikov, both well-to-do peasants. While from an early age he showed a predisposition towards machines and mechanics, he grew up hoping to be a poet and has in fact published half a dozen books of poetry later in his life. He never finished high school.

At the age of 11 Kalashnikov’s family was deported to Siberia and their property was confiscated by Stalin’s Dekulakization regime, where they lived in Nizhnyaya Mokhovaya on the Western Siberian Plain. There he and his father took up hunting to put food on the table. (Kalashnikov was from then on an active hunter into his 90s.)

After just a few years in Siberia Kalashnikov asked to leave his family in order to get a better education, hitchhiking 600 miles back to Kurya, his first home. There he worked to become a mechanic for a the Turkestan–Siberian Railway, where he would hone his engineering skills, until 1938 when he was drafted.

Given his aptitudes and smaller size, Kalashnikov was made a tanker and never stopped tinkering. In just three years he made a name for himself in the Red Army, having invented a Tokarev-TT stabilizer for shooting through tank slits, a tank engine runtime calculator and an inertia-driven tank shell counter to let tankers know how many shots they had remaining.

These inventions were so popular that the Russian forces would make them standard on all tanks. Not bad for a poet.

In June of 1941 he was called to Leningrad to complete and standardize his tank modifications for implementation military-wide. On his way to Leningrad he was hit by a shell during the October Battle of Bryansk, which tore through his shoulder.

From his hospital bed Kalashnikov continued to contribute to the Great Patriotic War, by working on plans for a new submachine gun after hearing so many wounded soldiers complain about the quality of their small arms. 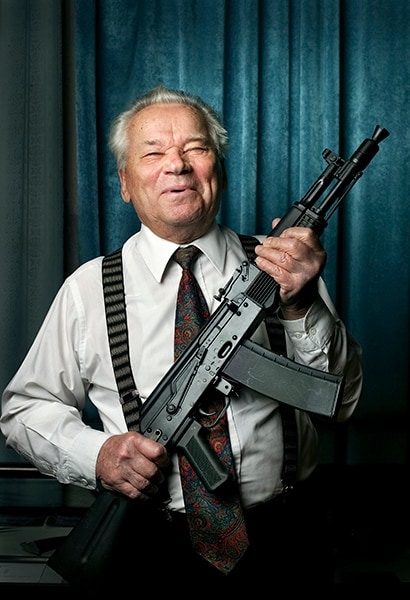 When he was released from the hospital in April of 1942 he was immediately granted a six-month sick leave to continue his recovery. It was in that span that he traveled to the Matai depot to develop and prototype his submachine gun.

And it was a failure. The design was not accepted into service but his talent would not go unnoticed. His largely self-taught body of experience led him to build an entirely original sub-machine gun and it was his unorthodox approach to building small arms that got the attention of the Main Ordnance Directorate.

It was there in 1944 that Kalashnikov turned his efforts to the increasingly-popular and proven effective self-loading rifle. Chambered for the new 7.62x39mm cartridge, Kalashnikov developed a simplified version of the M1 Garand and submitted the rifle to the Red Army for evaluation.

It, too was rejected in favor of the Simonov Carbine, or SKS, which would become the standard infantry rifle for the Soviet Army.

Over the course of three more years Kalashnikov continued to toil over new designs that could be made easily, used easily and cost less than traditional machined steel firearms. In the end he wound up with a plan that cherry-picked many proven mechanisms and traits from existing, battle-proven designs and spun them into something altogether new.

In 1947 his plans for a new type of assault rifle were accepted and put into manufacturing. The simplicity of the design, the low cost of manufacturing, the stamped-steel construction and impressive overall reliability propelled the AK-47 into the winner’s circle and it would officially enter service in 1949.

Unofficially, the AK-47 was still a failure. It would be years before it would see use in numbers and for nearly the next decade the SKS remained the actual standard infantry rifle.

It wasn’t until 1956 that engineers at Izhevsk were able to develop the technology to reliably weld together an AK-47 rifle as designed. In its first seven years of manufacture, the AK-47 had a tremendous rejection rate. They cost too much to make in numbers, and the interim solution, using a milled receiver, while reliable, was also expensive.

While the AK-47 may be the most successful design in the world, the truth is that there weren’t a lot of actual AK-47s made. The design went through three revisions, stamped and milled, before Kalashnikov unveiled the AKM, which is what we really think of when we hear “AK-47.” It would be this rifle that would make Kalashnikov a household name. 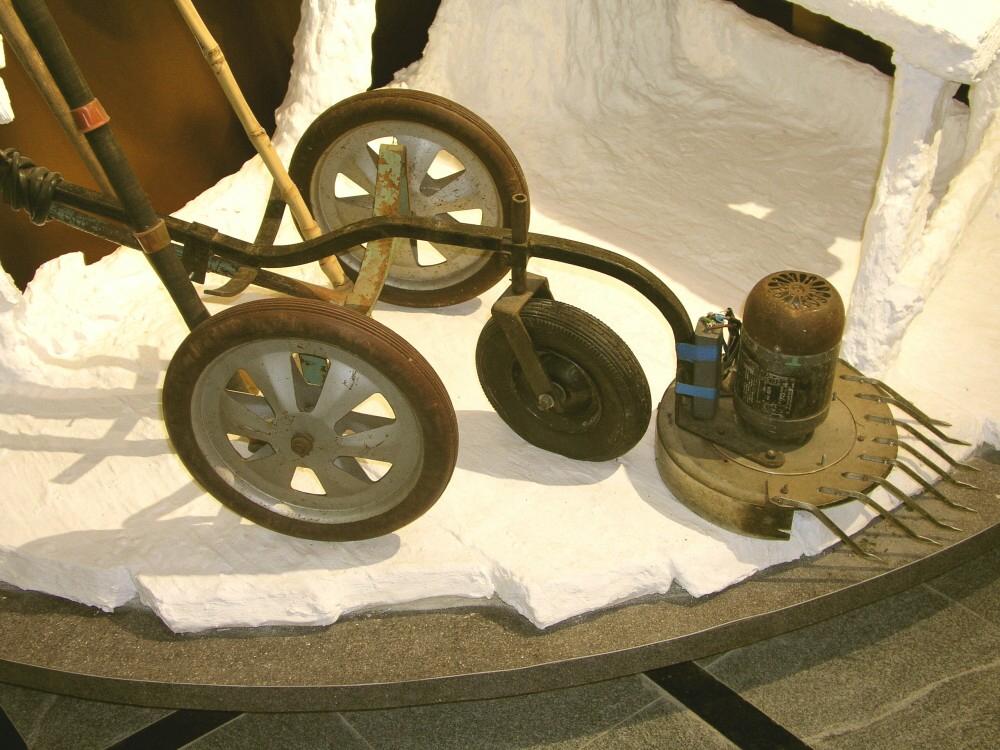 Whatever they’re called, they’re Kalashnikov rifles. And even as the sun sets on the original and improved designs by Kalashnikov and the Russian Military gears for the adoption of the AK-12 — a new Russian rifle that for the first time in over 60 years, departs from the fundamental AK pattern — Kalashnikov will remain a cherished, household name, as the Russian Ministry of Defense has renamed their small arms manufacturers the Kalashnikov Concern.

Kalashnikov was one of the most decorated inventors of all time. He served his country for over 70 years.

He also invented a lawnmower.