Announced in 2011 to celebrate the 100th anniversary of the 1911, the Range Officer by Springfield Armory has stood out from the crowd of .45s by perfectly weaving together quality, class, precision and affordability into one very attractive package.

And now they’re announcing a 9mm version of their extremely popular Range Officer. Springfield is expected to launch the gun at the upcoming 2014 SHOT Show.

At first blush it would be hard to tell the 9mm apart from the standard .45 ACP model, which is the way it should be. The only major differences between the two are their weights and capacities.

The 9mm version, with a smaller bore diameter, has a slightly heavier barrel for an overall weight of 41 ounces, unloaded. The factory flush-fitting magazines also hold two more rounds each for a total capacity of 9+1. Everything else is the same. 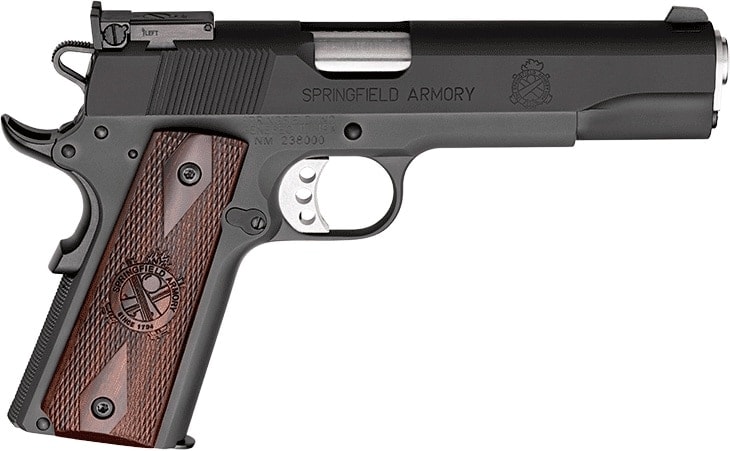 The Range Officer is a full-size forged steel-framed 1911 with a 5-inch match-grade stainless steel barrel with a full-supported chamber. It measures in at 8.5 inches in length and 5.5 inches in height.

The Range officer uses a traditional bushing barrel and slide, but drops the old-school sights in favor of a dovetailed front sight and fully-adjustable rear sight for precision shooting. Combined with a good single-action trigger that’s set at the factory to break at five pounds or less, these guns are more accurate than most shooters.

The 9mm Range Officer will be priced competitively with a suggested retail price of $977, which means that like the .45 real-world prices will be around $700 to $800.

Springfield already has a product page listed for what will without a doubt be a popular range, self-defense and competition 1911.

As 9mm becomes more common even with the 1911 crowd for its shootability and affordability combined, this is one handgun that Springfield will have no problems moving.