The Sundance Channel is developing the new series, “Cold Dead Hands,” a drama based on the famous speech by Second Amendment supporter, Charlton Heston.

“This is a divisive issue, no question about it,” said executive producer Scott Gold. “We won’t be shy about that. It’s also an issue that speaks to what it means to be American – and there are a lot of different versions of that.”

While the make-believe Thibodeaux is modeled after the actual head of the NRA, Wayne La Pierre, it is uncertain just how closely fact will line up with fiction.

“My hope is that Trip Thibodeaux will be the most principled man you’ve ever met,” said Gold. “Whether you agree with that principle or not is entirely up to you.” 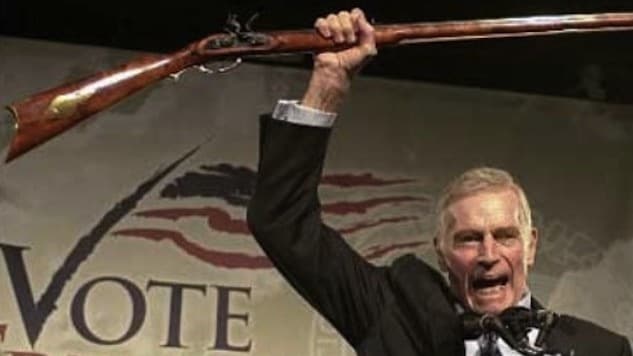 The upcoming series, “Cold Dead Hands,” is based off of Charlton Heston’s memorable speech.