A convenience store clerk in Ohio fought back against an armed robber and was able to disarm him late Saturday night. 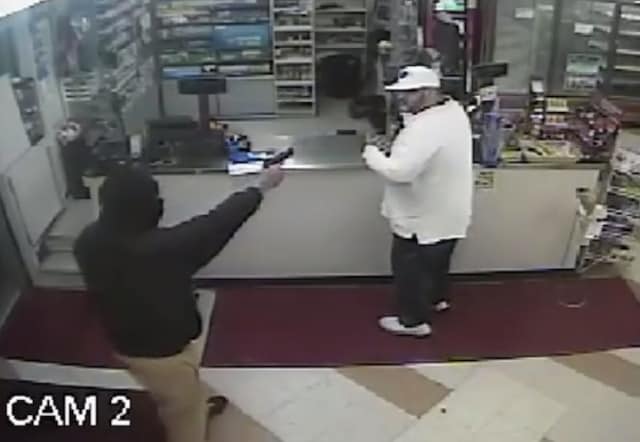 Alvarez was held up at gun point, but that didn’t last long.

Sandusky native 34-year-old Marc Alvarez was working at Convenience Food Mart when a masked robber armed with a gun burst through the front door just after 11 o’clock. Alvarez attacked the crook, got his gun, and ran him out of the store, Sandusky Register reports.

Alvarez said his primary concern during the incident was protecting a female co-worker.

“My main priority at the time was to keep my co-worker who was with me safe and out of the way,” said Alvarez.

The masked marauder demanded money, but instead of emptying the register, Alvarez walked around the counter and fought back. In the ensuing struggle, Alvarez managed to disarm the criminal and ran him out of the store. 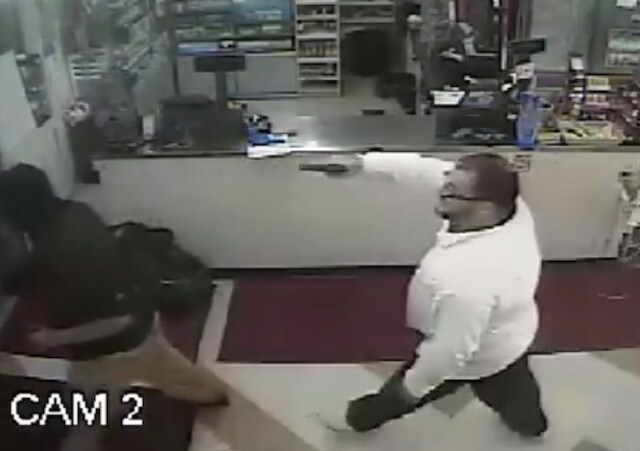 After attacking the masked crook, Alvarez managed to get his gun and ran him out of the store.

Sgt. Mark Kusser from the Perkins Police Department said officers “searched the area for the individual but were unable to locate anybody.”

Even though the store clerk thwarted a potentially dangerous robbery, he said his actions were not that unusual.

“I think a lot of people would do the same thing,” he said.