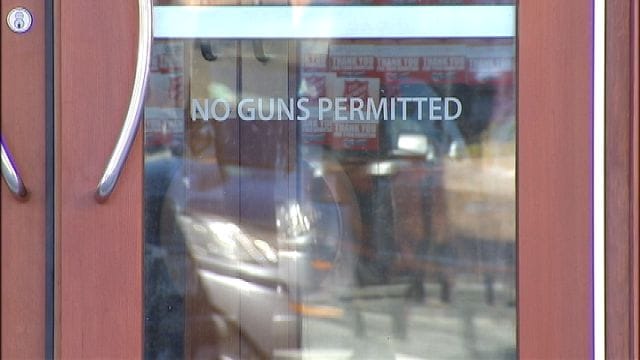 The “no guns” sign posted on the restaurants door. (Photo credit: Fox DC)

Although the singer, his company and this location don’t seem to be affected, he is getting heat from gun owners on the location’s Facebook, the Fox DC reports.

The station reached out to the company and restaurant’s management, but received no response.

The Woolridge location opened up earlier this month. Right now there are more than a dozen Toby Keith’s around the U.S.

Virginia is typically thought of as a gun friendly state, however, residents just elected the pro-gun control Terry McAuliffe for governor.