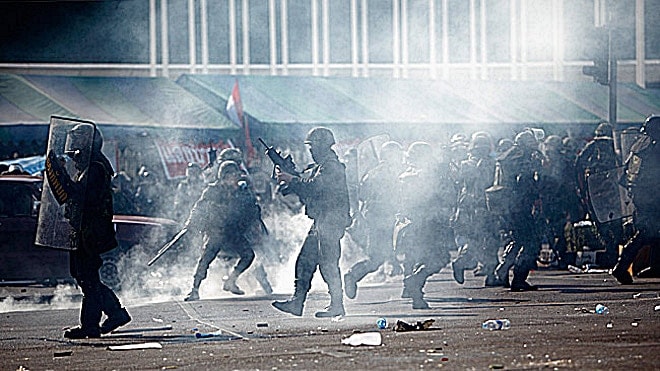 If you see any of this going on it’s time for an emergency vacation.

David John Marotta, a Wall Street analyst and contributing writer for Forbes, would like to give people a little bit of helpful advice when it comes to national economics: get your prep on.

No, he’s not crying Chicken Little and he isn’t trying to warn people of an impending socioeconomic collapse. Marotta is just putting it out there, that disasters happen, natural and economic, and that people should have enough on hand to weather any type of storm. Including guns.

As an independent adviser many people have turned to Marotta for tips on what to do if currencies devalue, markets panic or crash and things in general go down the tubes.

“The growing debt and deficit spending is a tax on those holding dollars,” he wrote. “The devaluation in the US dollar risks the dollar’s status as the reserve currency of the world. Obamacare was the worst legislation in the past 75 years. Socialism is on the rise and the NSA really is abrogating vast portions of the Constitution.”

“The expected outcome is vague but terrifying,” continued Marotta. “The banks will close, trade will cease, mobs will roam the city streets looking for people to eat. The cause and effect for these horrors isn’t clear, but what it clear is that you need to take action in order to save yourself and those you love from this inevitable collapse of civilization.”

While this sounds alarmist, the past few years have shown us how quickly an economic downturn can lead to violence, rioting, looting and burning; it’s a series of events that have played out all over the world. While the situation in the U.S. is far-removed from places like Greece, Marotta believes that it is not outside of the realm of possibility, and that people should have a plan in place if people start throwing bricks and Molotov cocktails around. 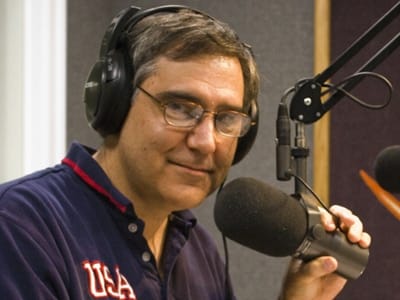 His advice is familiar to even the most half-hearted prepper. He suggests keeping a well-stocked 72-hour bug out kit ready at all times, including food, water, medical supplies, simple tools and yeah, guns.

“You certainly need food and water long before you need to stockpile gold,” explained Marotta in his guide on putting together an emergency kit.

“And there are many scenarios short of the end of the world where food and water would be helpful.

“Just to be clear. Firearms are the last item on the list, but they are on the list. There are some terrible people in this world. And you are safer when your trusted neighbors have firearms. But in most disasters, including I suspect TEOTWAWKI — The End Of The World As We Know It — most people you meet will be civil.

“Still, a bug out bag is a good idea depending on where you live even if the emergency is just power outages, earthquakes and hurricanes. And with your preparedness you will be equipped to help others who might be in need.”

His advice is really more “Better to have it and not need it,” than “The sky is falling,” something most gun owners are likely to appreciate.

If you’re looking for a new source of financial advice from a guy who understands the value of a guns when the situation calls for them, look into Marotta Wealth Management.