Phil Robertson back on Duck Dynasty 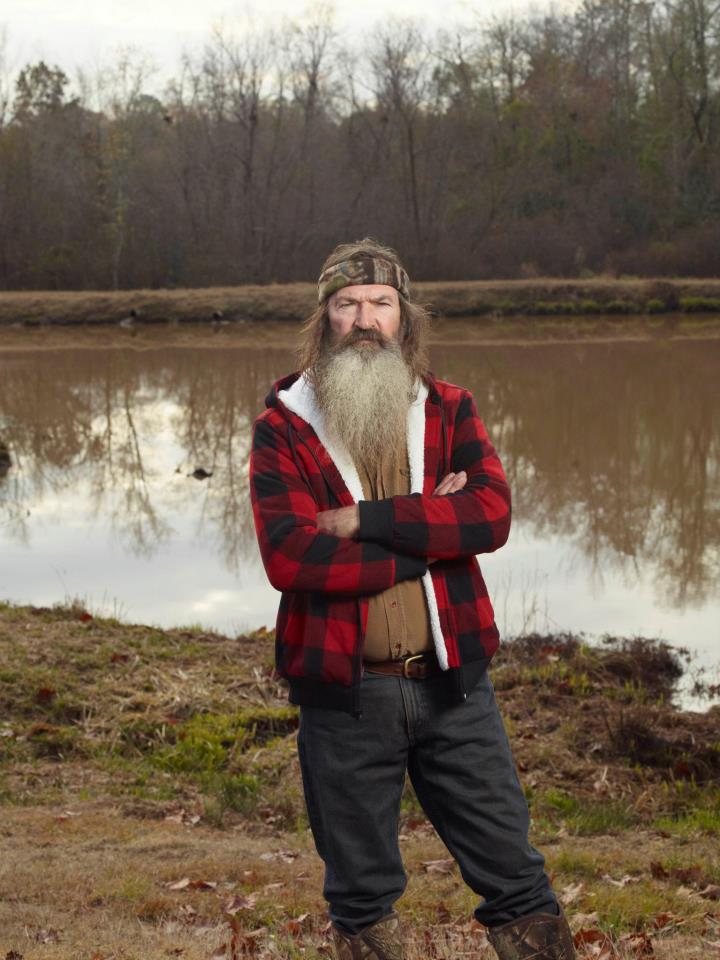 The Duck Commander Phil Robertson told GQ that he neither wrote nor read his autobiography. (Photo credit: Facebook)

A&E decided not to suspend Phil Robertson from participating in Duck Dynasty next season following his controversial comments about gay people.

The network and Robertson family announced the news Friday night — 10 days after Phil’s comments were published in his interview with GQ magazine. However, Phil’s suspension had no effect on the upcoming fifth season since zero filming had been done during his suspension.

A&E released a statement saying that it took into consideration all the different types of people who watch the network, and after discussing the incident with the Robertson family and numerous advocacy groups, A&E decided to resume filming Duck Dynasty in the spring with the entire Robertson family.

“… Duck Dynasty is not a show about one man’s views. It resonates with a large audience because it is a show about family … a family that America has come to love. As you might have seen in many episodes, they come together to reflect and pray for unity, tolerance and forgiveness. These are three values that we at A&E Networks also feel strongly about,” the network said in the statement.

Moving forward, A&E said it will use this incident to launch a national public service campaign to promote unity, tolerance and acceptance among all people.

In the interview, Phil likened the acts of homosexuals to terrorism and bestiality, in addition to downplaying the mistreatment of blacks in pre-civil rights era Louisiana through an anecdotal telling of history. Phil supported his statements citing passages from the Bible.

Phil’s comments elicited strong opinions on both sides of the aisle. Phil gained support from many Christian groups and/or free speech advocates, while gay rights and/or other equal rights groups considered his comments to be intolerant.

Even though he was suspended, the Robertson family announced early on that they would stand by Phil no matter what the network decided.

Duck Dynasty is one of the most popular television shows airing today with an average of 13.4 million viewers. In addition to the network making bookoo dollars off the show (in fact, A&E has been airing a Duck Dynasty marathon during the controversy), the Duck Dynasty brand is assumed to be worth quite a lot with merchandise available in retailers all across the U.S., including Walmart and Cracker Barrel restaurants.

Each main Duck in the Dynasty is estimated to be worth between $8-$15 million, according to CelebrityNetWorth.com.

Unless there are any more hiccups, the show should begin filming in the spring.