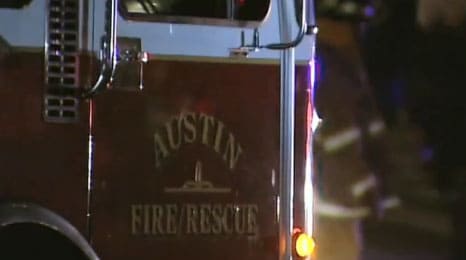 As the Austin Fire Department explores the possibility of buying bulletproof vests, they’re also searching for the funds to pay for them. (Photo credit: ABC)

In an effort to reduce the number of casualties in mass shooting and active shooter scenarios, as outlined in a guide published back in September, the Federal Emergency Management Agency is recommending that every fire department across the country invest in bulletproof vests.

“More than 250 people have been killed in the United States during what has been classified as active shooter and mass casualty incidents (AS/MCIs) since the Columbine High School shootings in 1999…” the FEMA guide explains. “It has become evident that these events may take place in any community impacting fire and police departments, regardless of their size or capacity.”

Since emergency personnel are required to respond to such situations – even when the threat of danger may still be present – FEMA believes that by equipping firefighters with bulletproof vests more lives can be saved because they’ll no longer have to wait for police to arrive before entering a possibly dangerous situation.

However, Captain Matt Clark with Austin-Travis County EMS says first responders don’t always wait for police to arrive before moving into a potentially dangerous situation. Why? Because during an emergency situation each and every minute is a valuable one. “We need to get up in there as soon as we can, start rendering aid, start putting on tourniquets, stopping that hemorrhage,” he said, adding that a person can easily bleed to death in a matter of minutes.

“What we’re finding now is… and what we’re trying to teach people now is to push forward, even though the scene may not be totally secure. If there’s a section that is secure then we’ll start sending medics, start sending firefighters in to start evacuating and start treating immediately the wounded and so hopefully they’ll have better outcomes in the end,” Clark a local Fox affiliate.

And Clark agrees with FEMA’s suggestion to equip firefighters with bulletproof vests.

Following the agency’s suggestion, the Austin Fire Department is one of many across the country which is examining the idea of adding bulletproof vests to their plethora of protective gear.

“There’s always an inherent amount of risk going into those scenes, you know, and when you’re not protected with the best safety equipment out there, that risk kind of goes up,” Randy Denzer with the Austin Firefighters Association told a local ABC affiliate.

“The Austin Firefighters Association is all for changing those protocols just like the Obama administration is now asking us to do. We’re all for it. The one thing we’re also for though is we want to make sure that if there’s any safety equipment that can help us do our job better, help us get to the patients sooner than that’s all worth looking into very well,” Denzer added.

Paramedics in Austin and Travis Counties have already been carrying bulletproof vests as part of their standard equipment for almost 10 years now. Of course that doesn’t mean the EMTs wear the vests every day like most law enforcement, but rather the vests stay packed up in the ambulance with other gear so they are available if ever needed.

“I last wore mine approximately two to three months ago. It was for a call in which a person had been reportedly stabbed,” said Commander Jonathan Mudge with Austin-Travis County EMS. “At the end of the day, our goal is to go home to our families and keep serving our community.”

Although the support for FEMA’s suggestion is there, the one thing that is lacking are the funds to back it up. If fire departments decide to equip firefighters with bulletproof vests, the departments are responsible for the purchases, and ranging anywhere from $300 to $3,000 a pop, it’s certainly no easy task, especially for smaller departments with very limited funds.