Piers Morgan suited up and faced off against a professional Australian cricket bowler Thursday. 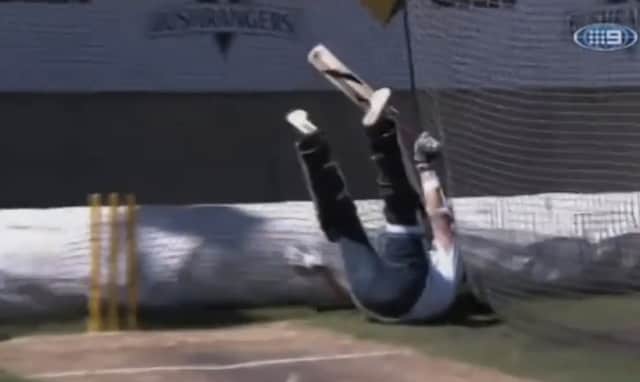 Morgan managed to dodge some of the balls, but not all of them.

As it turns out, Morgan took a break from insulting the gun culture and turned to hurling jeers at the Aussies for crushing his British cricket teams. After a public challenge was issued, Morgan stepped up to the plate, Mediaite reports.

Australian cricket bowler Brett Lee repeatedly launched balls at a staggering 80 mph. Morgan managed to dodge a couple of them, and connect with none of them. Even though he was struck multiple times, Morgan continued to incite Lee, yelling, “bring it on” after each throw.

After the showdown, Morgan tweeted about his injuries.