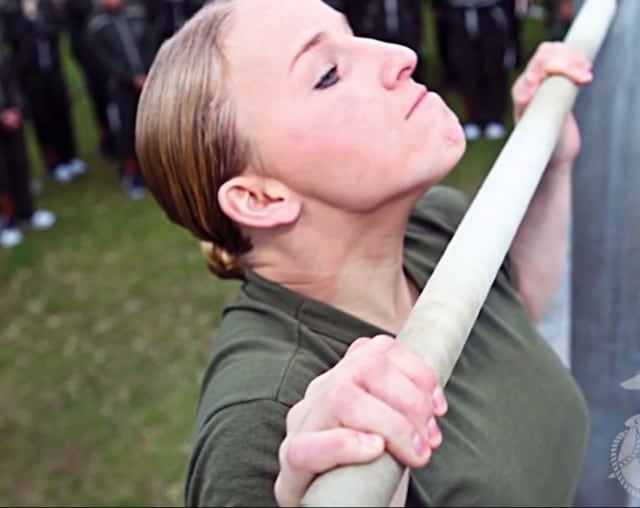 Only 45 percent of female recruits are able to perform three pull ups.

The decision comes after the efforts to integrate women into combat roles that started Jan. 1, 2013. Since then, many women have attempted to complete the infantry training course, but only three have passed. Now, the Corps is looking to collect more data, Circa reports.

Pfcs. Katie Gorz, Julia Carroll and Christian Fuentes Montenegro passed the PFT and graduated from infantry training on Nov. 21. However, these three female Marines are the minority. According to Circa, 55 percent of all female recruits are not able to meet the three-pull up standard.

Until a new decision is made, subsequent PFT will allow female recruits to substitute pull ups for the flexed-arm hang.

According to Lance Cpl. Ally Beiswanger, more data is needed “to ensure all female Marines are given the best opportunity to succeed.”