The DIY Laser Guy hacked an Attacknid remote controlled robot and outfitted it with a balloon-popping death ray laser.

The bot originally fired foam darts, but after a bit of tinkering, it now shoots out a bright, blue beam from a 2W laser diode, according to the video posted to YouTube.

The robotic contraption is his “most terrifying laser creation as of yet.” Which is saying something, because this inventor really likes making insanely powerful lasers.

If you like lightsaber-esque lasers, blindingly bright lasers, and lasers that can catch stuff on fire, check out styropyro’s channel for more videos. 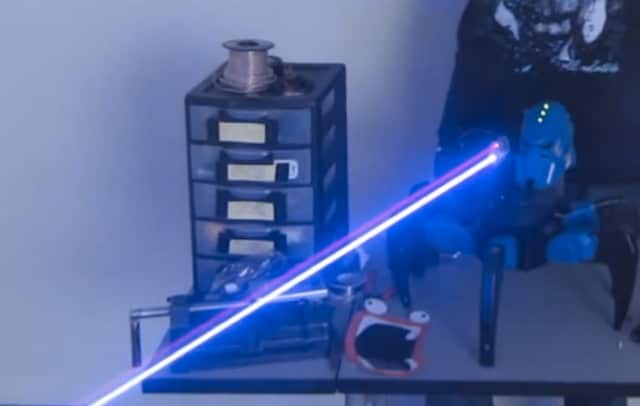