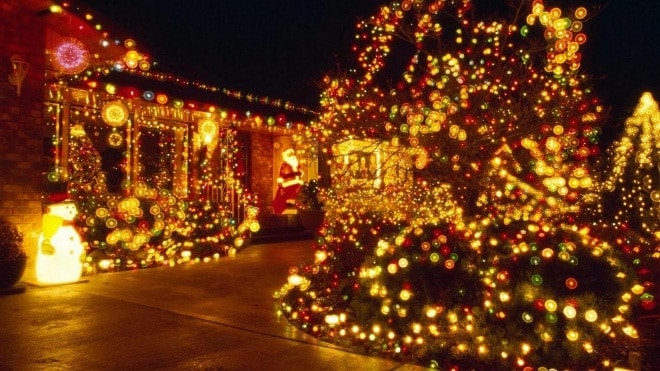 It’s that time of year. It’s time to self-reflect and study ourselves, find flaws and try to fix them. These are my flaws when it comes to guns, and you know what, I know other people do this stuff too. While not everyone who reads this will be guilty of the same bad habits, I know I’m not alone here.

These are for me. But I feel like sharing.

Ammo is still somewhat hard to find, especially on the cheap and in quantity. But I actually have a lot of ammo already, more than enough to last me for a bunch of range sessions and then some. What “enough” ammo is something every gun owner has to decide for themselves, but if you have that amount on hand or more, even if you come across a good deal, maybe leave it on the shelf. There are other shooters who may very well need that ammo.

On top of that, I won’t buy over-priced ammo. I will not support the gougers. Even if that means lots and lots of dry-fire practice and less shooting.

2. I will donate more and vote harder

And I will take that money I would have spent on ammo and use it to support gun rights. This year may have been an overall victory for gun-owners, but there were losses and future legal battles will need funding.

I never miss a chance to vote, and many people reading this are probably the same. But that doesn’t mean I can’t do more. I can knock on doors and donate my time in addition to my money. If you don’t think it’s possible to vote harder, just look at the Colorado recalls.

3. I will secure and document my guns

They’re insured, I have receipts for them and they’re safe. But I really ought to take them all out and photograph them as well. And I’m thinking about getting a Liberty safe monitor, too.

I also need to do a better job tracking my round count across the board. It’s important to know how many times a gun has been fired to schedule maintenance, replace springs, etc., and there are some gaps in my records. From now on, after the post-range cleaning session, I’ll include a round count in my routine.

4. I will track my shooting

A lot of the time I go shooting just to shoot, it’s relaxing in a way that only gun owners know. But when I shoot to improve my skills I don’t generally keep or track my targets. For a while that was because I was clearly shooting worse and that made me feel bad.

It wasn’t until I was squinting to read something on TV that I realized my prescription glasses weren’t cutting it anymore. Instead of diagnosing my shooting I avoided it, and probably went a little too long with out-of-date spectacles. And by not tracking my scores, I stopped competing against myself.

5. I will compete more

It’s important to shoot under pressure to really improve your skills. I can only put so much pressure on myself.

Competition shooting, whether it’s IDPA, Steel Challenge or 3-gun really puts the pressure on. It also invites constructive criticism and while that can be painful at times, it’s a great tool for learning. And who knows, it might just be the thing that gets me into the wide world of reloading.

6. I will carry more

Some people pajama-carry. But there are plenty of people who find excuses to not carry at all times. Including me, there, I said it.

It’s easy to not carry. It’s easy to think, “hey, it’s just a trip to the grocery store” or “why should I take it to work, I’m just going to have to leave it in the car” or any number of other excuses that people with concealed-carry permits make up for themselves. That’s gotta stop.

Another reason is people think, “hey, I’ll just get my carry permit next month. It’s money I could use for a set of new tires or a kick-ass TV,” and put off getting that permit for a little while longer.

That’s just dumb. I, we, need to carry more. It’s a numbers game and you can only lose.

Concealed-carry isn’t a privilege, but because it’s not legal in some places, carrying a gun with you at all times is exercising a right that some people have had taken from them. In a sense, it’s also a small, personal victory over anti-carry prohibitionists. Carrying celebrates that victory. Celebrate it!

7. I will take more shooting lessons

I can always learn more. This is true for everyone. This one is short and sweet: take more shooting lessons.

8. I will teach a kid gun safety

Stop, don’t touch it, get an adult doesn’t cut it.

If you know a kid that doesn’t know guns from Nerf, with the kid’s parents’ permission (and maybe with the parents), teach them real gun safety. Start with the four rules and work up from there. If the kid is mature enough, they need to know more, like how to unload and disable a gun.

You also have to be willing to go shooting with this kid because you don’t want them getting curious if they actually do come across a loaded gun. Knowledge without experience is a dangerous combination.

9. I will take a woman to the range

Women are under-represented in the shooting world, which is unfortunate. I will do my part and find a woman who wants to start shooting but needs a hand getting involved with guns.

Introducing women to guns is a lot different than with men. Bring a gun or two, a bunch of snap caps and no real ammo. Highlight the fact that there will be no chance of someone getting hurt; it will remove a lot of tension. Start with disabling, unloading and disassembling the gun. It’s all about laying down a fundamental understanding of guns first.

Don’t lecture, don’t start with the four rules and there will be no quiz at the end. No pressure and take your time. Encourage questions and don’t interrupt.

This advice has other applications, but that’s not gun-related.

10. I will listen to an anti-gunner then try to get them into shooting

This is the tough one. I might have to bite my lip. A lot.

The majority of anti-gun types are afraid of guns, and facts and statistics will never be able to break down a wall of fear. There simply is no argument that will be able to overcome this and you can’t force someone to change their mind.

But I can plant a seed. Nod my head, hold my tongue and wait it out. We’ve heard it all before, it’s not going to kill us.

Only an interest in guns will topple that fear, and the fastest, best and easiest way to get someone interested in shooting is to put a gun in their hands. It really works.

What bad gun habits do you want to break this year?