New photography project 'We The People' highlights gun culture across the U.S. (9 Photos)

As a journalist and photographer, I spent four years traveling to every corner of America photographing some of the millions of legal gun owners who, everyday, proudly defend their constitutional right to bear arms.

Excited by how limitless freedom was when every man and woman is afforded their right to arm and protect themselves, I sought to produce a book of photographs that was true to the diverse social fabric of American gun owners today and allow the subjects to express themselves through a short quote.

I had an amazing experience meeting gun owners from every state in America. Their hospitality and generosity was second to none. I published my book called “God, Guns and Guts” in May 2012. It is 152 pages of beautiful and intriguing images of freedom loving American gun owners that mirrors the exceptional beauty, pride and singularity of this great country itself.

My book has done very well and it inspired a television show on History Channel called God, Guns & Automobiles staring the man on the cover Mark Muller, his brother Erich Mancow Muller, his family and the band of outlaw salesmen at his car dealership Max Motors in Butler, Missouri.

I have now started working on a new book tentatively called “We The People.” It will feature prolific American gun owners. I’ve already photographed a few notable people as you will see below. I also ask everyone to write 250 – 300 words about what guns mean to them.

I need the help of the American gun community to put me in touch with people who deserve to be featured in my book. I’m looking for politicians, veterans, musicians, celebrities, collectors, elderly, young and old – anyone with a powerful story about guns. Please help me out. I can be contacted at info@benphilippi.com. 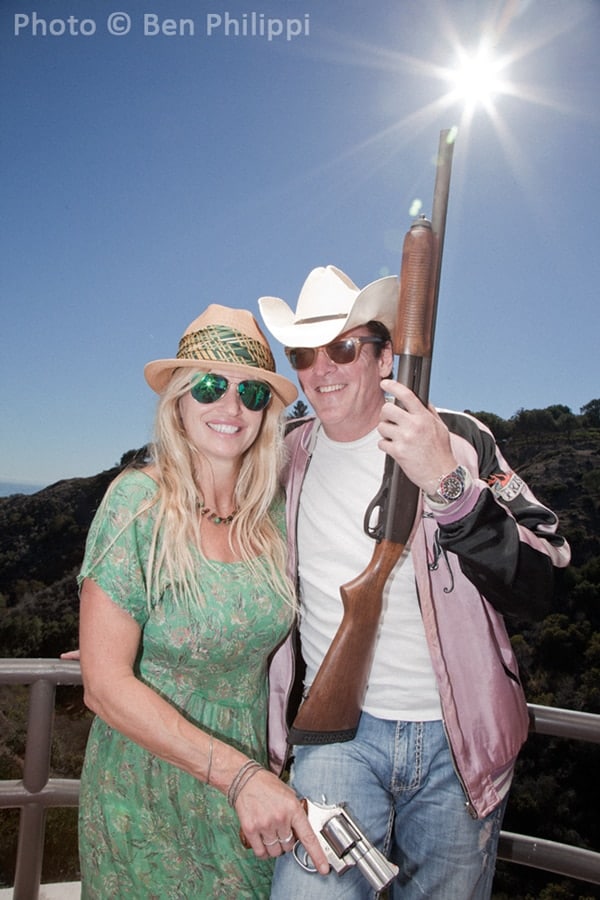 Pope Dan Johnson photographed with his sons Boaz and Judah at the Heart of Fire Church in Louisville, Kentucky. (Photo by Ben Philippi) 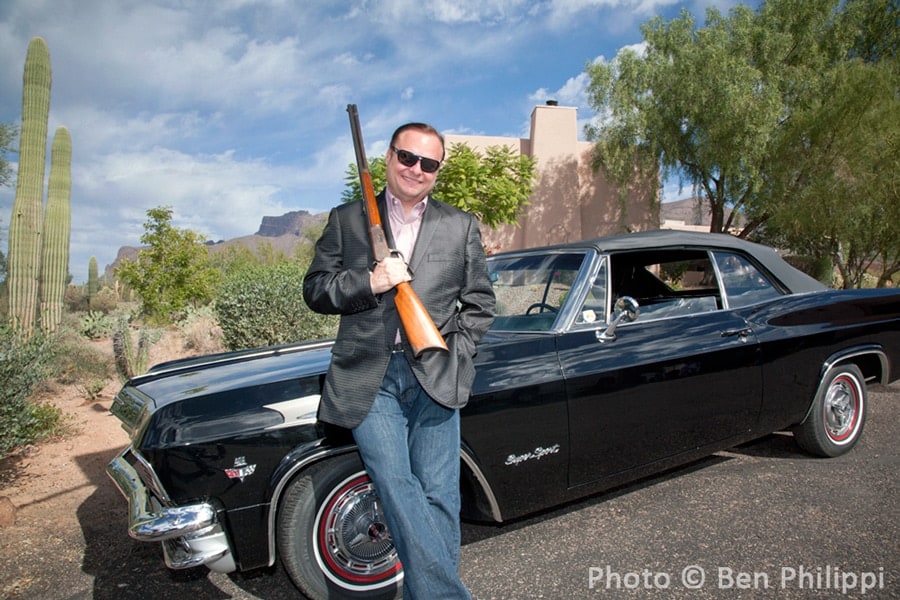 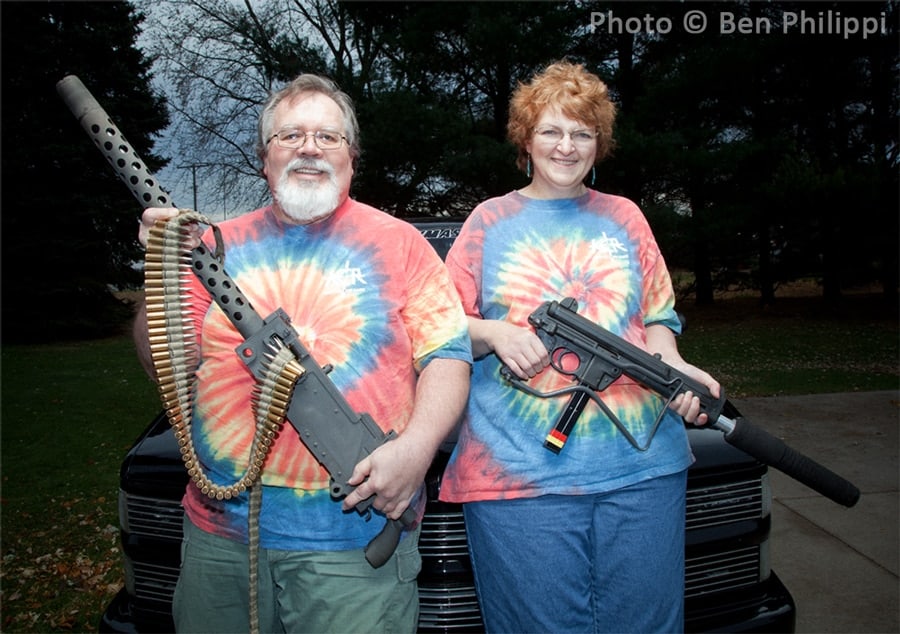 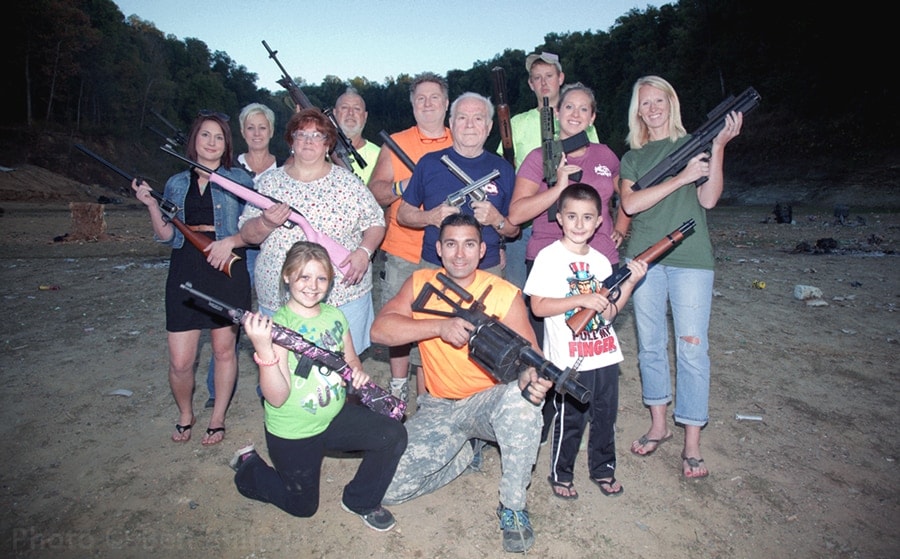 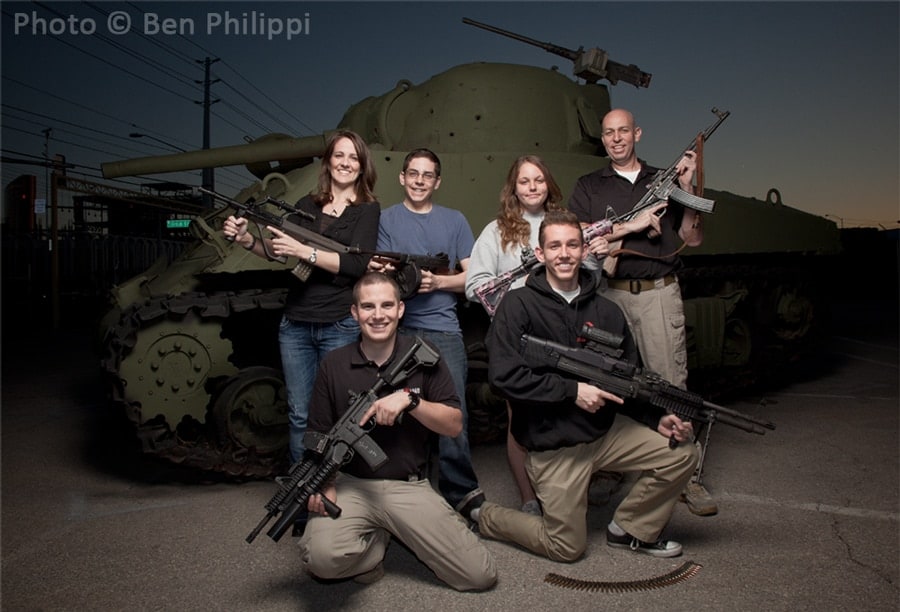 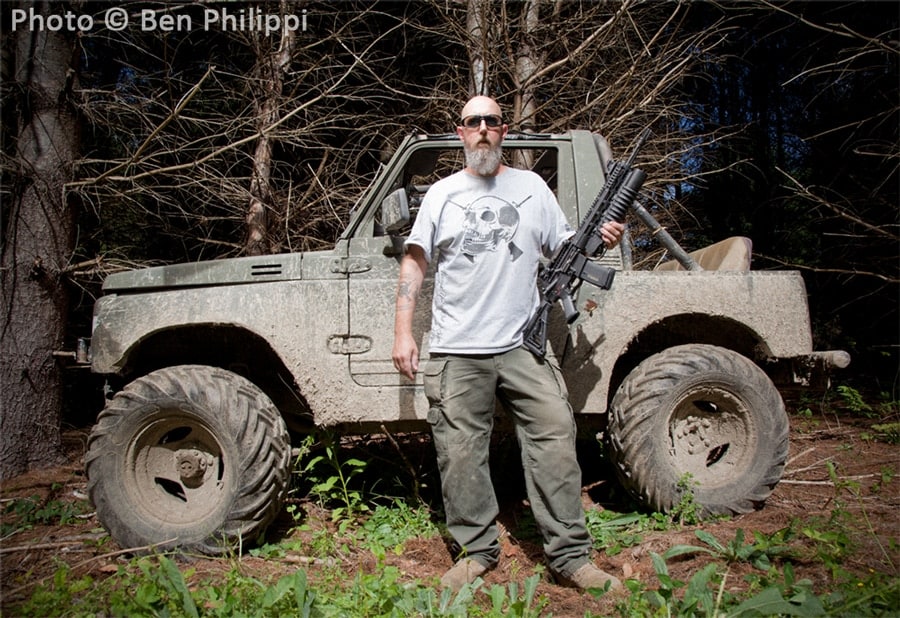 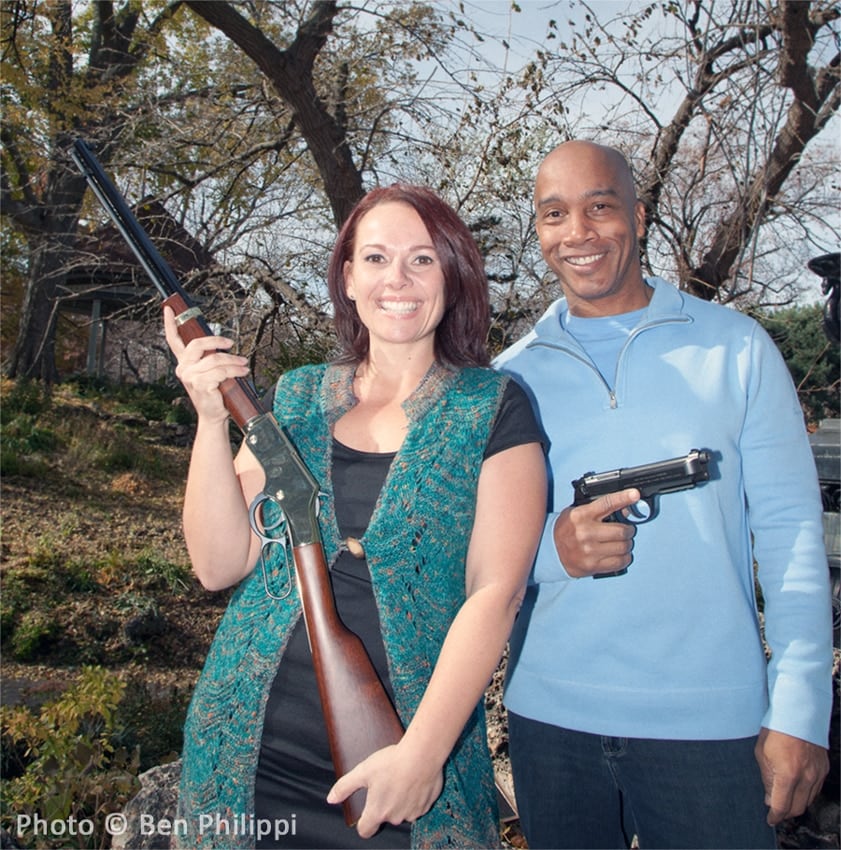 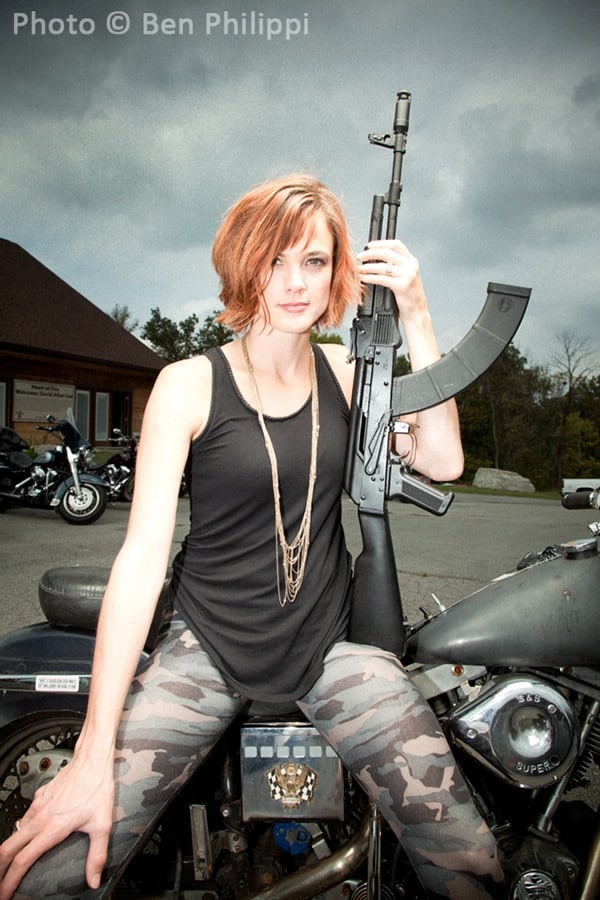