Well, claiming the restaurant weren’t anti-gun, the executives of ‘I love This Bar & Grill’ cited “insurance regulations” as the reason they chose to adopt a “no weapons policy.” 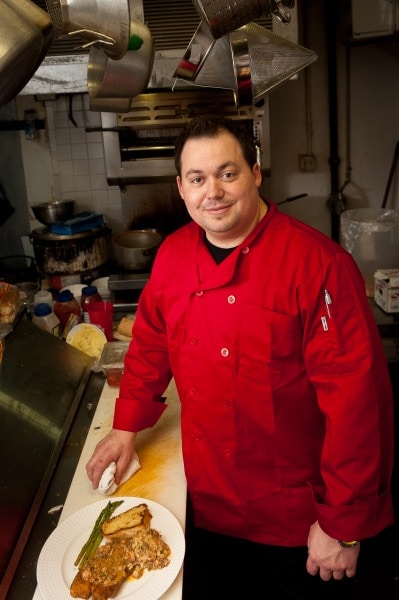 Okay, whatever. It’s a free country, it’s a privately owned business, Toby Keith and his corporate pals can do what they like. If they don’t want responsible citizens carrying concealed in their restaurant as a means of self-defense in case of an emergency, that’s fine. We’ll go spend our money elsewhere…

But where do we go?

Thanks to a new website created by chef and business owner Bryan Crosswhite, that question is now a bit easier.

See, Crosswhite has launched 2amendment.org, an online registry of pro-Second Amendment businesses and restaurants. Members of 2amendment.org receive a decal that they can stick in their window, next to other signs and stickers, that inform patrons that the store or restaurant is gun friendly.

Thus far 10 businesses have signed up since the website went live Sunday night. A phone app is also underway, Crosswhite told Miller, and it should be ready in about a month. Users who download the app have access to the database on their phones.

“We have individuals who want to spend money and spend money with people who are like-minded,” noted Crosswhite.

It’s a good idea. However, Crosswhite’s not the first person to create an app that helps users discern between pro-gun business and gun-free businesses.

Back in March, programmer John Peden released the “Gun Free Zone” app, which is a community-sourced database that allows users to identify and/or report whether businesses in their areas are gun free or gun friendly via their smartphones.

Peden’s GFZ had approximately 11,000 users and 25,000 marked locations soon after it launched.

So, between Crosswhite’s website and Peden’s app, technology is making it easier for gun owners to make informed decisions about where to spend their hard earned money.