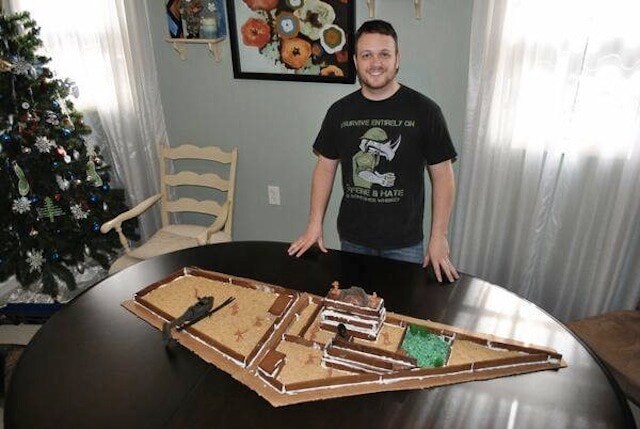 An Army intelligence officer constructed a detailed replica of Osama bin Laden’s compound – out of gingerbread.

Steve, who wishes to keep his last name anonymous “so I don’t limit my career options,” took a 4-pound lump of dough and crafted it into something that could have been used to brief SEAL Team 6 before they raided bin Laden’s compound on May 2, 2011, Military Times reports.

Steve tweeted his confectionary version of the compound in Abbottabad, calling it instead, “Gingerbottabad.”

“Some people on Twitter said that’s the most delicious sand table ever, and essentially that’s what it is,” Steve said.

The scale model took several days to complete and consists mostly of gingerbread and icing, though a few Legos, Army men, and a model UH-60 were used as well. He spent For Steve, Gingerbottabad was a serious project.

“It almost felt like an operation,” he said. “The research took a few days, I hemmed and hawed for a day or two over the scale and process. The baking took place in one day and all the assembly took place last night.”

Steve, a husband and father stationed at Fort Bragg, North Carolina, was surprised to his first baking attempt was so well received.

“I did not expect it to blow up like this, and I’m pretty amazed its gotten all the attention,” he said. 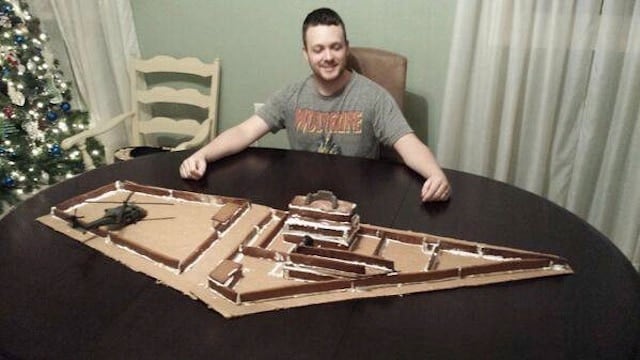 Gingerbottabad was made mostly out of gingerbread and icing, though a few Legos and army men were used as well. 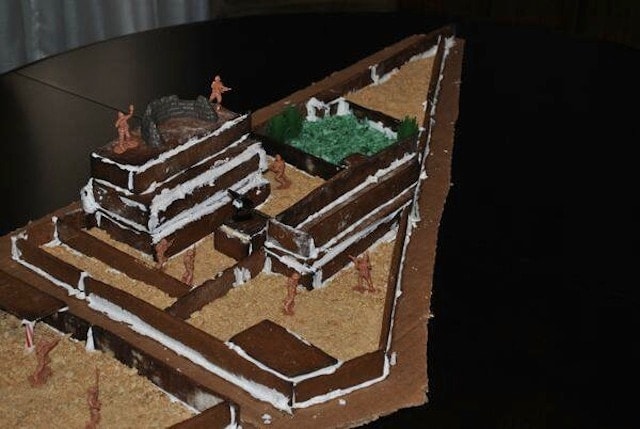 Steve scoured the web for resources to make sure the replica was as accurate as possible. 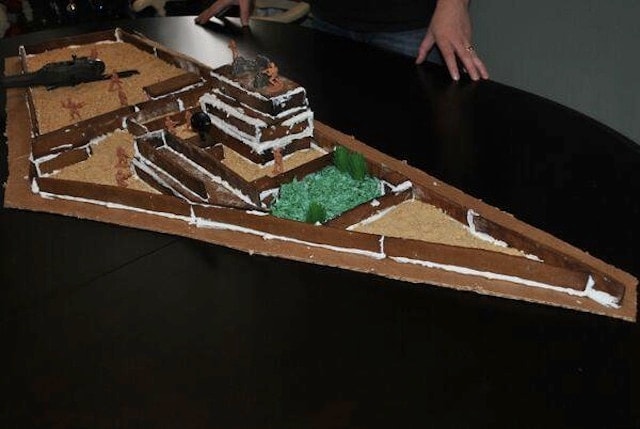 The garden was made of dyed slivers of coconut. 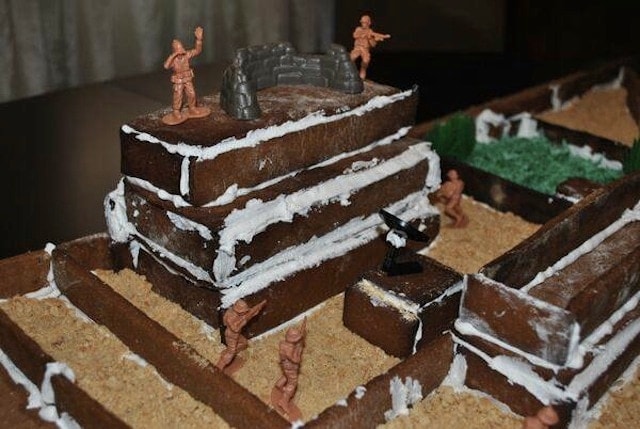