After being pistol whipped by her husband, a Kentucky woman left with no other means of communication pleaded for help by posting a selfie to Facebook.

Susann Stacy was bloodied and badly beaten. Her husband, Donnie Stacy, had struck her head with a pistol before tearing out the phone out of the wall. The landline was down and cell reception was sparse, but Susann found a way to make contact to the outside world, Daily Mail reports.

Though Susann Stacy’s husband tried to cut of all lines of communication, she still figured out a way to cry for help.

Susann still had WiFi, and that’s all she needed. With blood trickling down her face, she posted a selfie to Facebook with the ominous caption, “Help…. please anyone.” 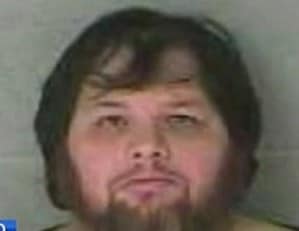 Donnie Stacy fled the scene, but was later arrested by authorities.

One of her friends spotted the photo and contacted authorities. Leslie County deputies responded to Susann’s apartment, but Donnie had already fled.

“She had several lacerations to the head,”Leslie County Sheriff’s Deputy Sam Mullins told WKYT-TV. “They appeared to be bad but we really couldn’t tell at the time, due to her hair was matted to her, and the blood.”

Deputies later arrested Donnie nearby the residence. They discovered the handgun located near a tire swing used by the couple’s son.