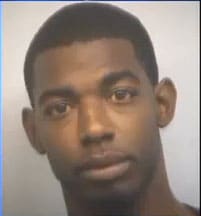 A young man was shot and killed when he broke into a home in an Atlanta, Georgia, suburb Tuesday morning, and the homeowner, who is saddened and heartbroken over the loss of life, continues to recover from the trauma of taking the young man’s life.

It was about 9:30 a.m. when the homeowner, who wished to only be identified as Eugene, knew that someone was breaking into his East Point home when he heard glass shattering, a local Fox affiliate reported.

Eugene was in the basement when he heard the glass break and his dog began barking. He armed himself and walked upstairs where he was confronted by a man with a shovel. The man had broken through two glass doors to get into the home.

There was a very brief exchange before the intruder, later identified as 20-year-old Natavious Willingham, came towards Eugene with the shovel. It was then that Eugene fired a single shot, striking the man once in the chest.

“I wasn’t trying to carry on a conversation at that point,” Eugene told reporters. “If someone’s breaking into your house, they’re not breaking in to bake no cupcakes. I had to do what I had to do. I’m going to protect my house and my family.”

Willingham stumbled out of the house and onto the lawn where he collapsed and was pronounced dead when police arrived a short time later.

Authorities suspect that Willingham was attempting to burglarize the home, which he apparently thought was empty when he broke in.

Eugene’s fiancé, Robin Ikeman, and her sister had just left minutes prior to the break-in and Ikeman even saw Willingham sitting in a parked car as they left. She assumed that he was going to visit one of the neighbors, but apparently he was waiting for the time when he thought the house was unoccupied.

Both the homeowner and his fiancé are traumatized and upset over the ordeal. “Nobody wanted anybody to die today, and they didn’t need to. It was senseless,” Ikeman told reporters. “I’m sorry that it had to happen,” she added. “Some mother has lost her child. I am terribly saddened by that.”

Eugene wishes that the young man would have simply made a better choice. “I just hate to see any young man really just wasting their life,” he said.

Cliff Chandler, spokesman for the East Point Police Department, said that although the investigation is still ongoing, no charges are expected to be filed against the homeowner, who is protected under the state law. “If you are put in an instance where you have to protect yourself, it is something that you have to do,” he said.