The worker was excavating in Euskirchen when his digger dislodged the decades old ordinance. The blast killed the operator and wounded 13 others, two critically. The excavator was mangled and windows from nearby houses were blown out, CNN reports. 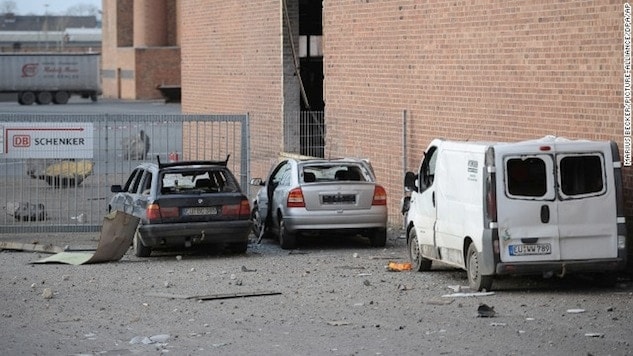 The blast damaged vehicles and buildings in a 400 meter radius.

During WWII, the town of Euskirchen was pounded by Allied bombs and the discovery of undetonated ordinance is common enough that construction companies have their own private contractors to safely dispose of them. In 2012, the North Rhine-Westphalia interior ministry said it defused 706 bombs.

According to police spokesman Helmut Conrades, “We can be lucky this hasn’t happened earlier.”

Update: A previous version of this article incorrectly referred to the excavator as a bulldozer. That error has been fixed.