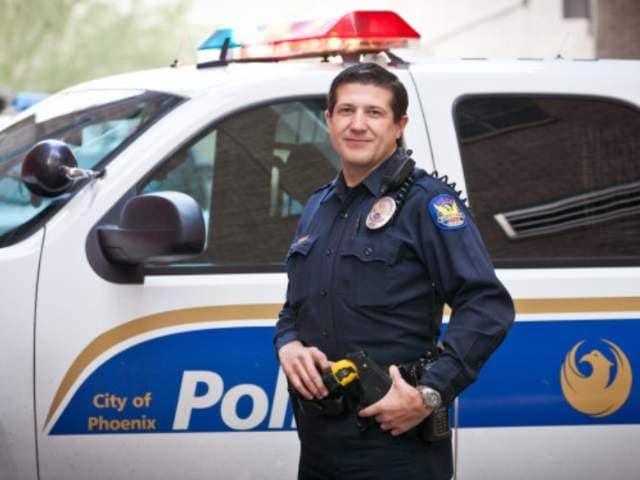 Three suspects have been arrested as authorities search for a fourth suspect following a robbery Tuesday afternoon that ended with a Phoenix police officer and a citizen attempting to help him subdue a suspect both being shot.

According to a local CBS affiliate, as employees of a local strip club were leaving an IHOP restaurant about 2 p.m., they were robbed at gunpoint of $18,000 that the employees were taking to the bank for a deposit.

The suspects drove away and when Phoenix Police Officer Scott Sefranka attempted to stop the vehicle, Sharp crashed the car into a pickup truck that was being driven by a member of the Maricopa County Sheriff’s Posse, an organization made up of volunteers who help local law enforcement in a variety of ways. It’s unknown if the posse member, whose family does not wish for him to be publically identified, was attempting to assist Sefranka or if he just happened to be in the area.

After the crash, Sefranka attempted to subdue Sharp and when the 63-year-old posse member saw that the officer was struggling with the suspect, he stepped in to help.

“I am proud he saw the situation and ran to help the Phoenix police officer,” Sheriff Joe Arpaio said of the posse member, who was part of the U.S Army’s 82nd Airborne Division during the Vietnam War.

However, during the struggle, Sharp grabbed the officer’s service weapon and shot both men before running off. Sharp later claimed that Sefranka threatened to shoot him in the back and that’s why he took the officer’s firearm.

Area resident Melissa Perdue witnessed Sharp jumping over her fence and attempting to hide in her backyard. “I locked all the doors, and then we went in to the master bedroom and called police,” she said. “The cops found his shirt. It was kind of bloody over there, and the gun on that side of the fence. Then they found him in the corner of the house.” 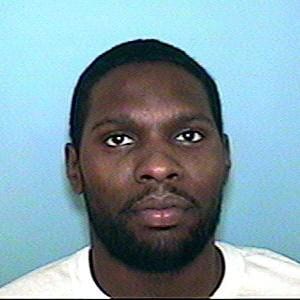 Authorities are still searching for William Herbert Mayes. Anyone with information on his whereabouts is asked to contact the Phoenix Police Department Violent Crimes Bureau at 602-262-6141 or Silent Witness at 480-WITNESS.

Sharp and Murray were both found hiding in different backyards and were arrested. A handgun believed to be Sefranka’s was recovered where Sharp was found and authorities also found several weapons in the suspect’s car.

Keep was arrested days later and charged with conspiracy to commit armed robbery.

Authorities are still searching for Mayes.

The actions of Sefranka and the posse member were called “courageous” by Phoenix Police Chief Daniel Garcia, who also commended the help of citizens, explaining that so many people offered assistance following the incident that a city bus had to be used to transport them all in for questioning.

Sefranka and the posse member remain in critical but stable condition and friends and family members remain optimistic of their recoveries.

“We’re upbeat,” Cmdr. Louis Tovar said. “We just thank God that Scott is still with us and we’re hopeful.”

Arpaio stated that the posse member, who has a wife and daughter, was the first member to ever get shot.